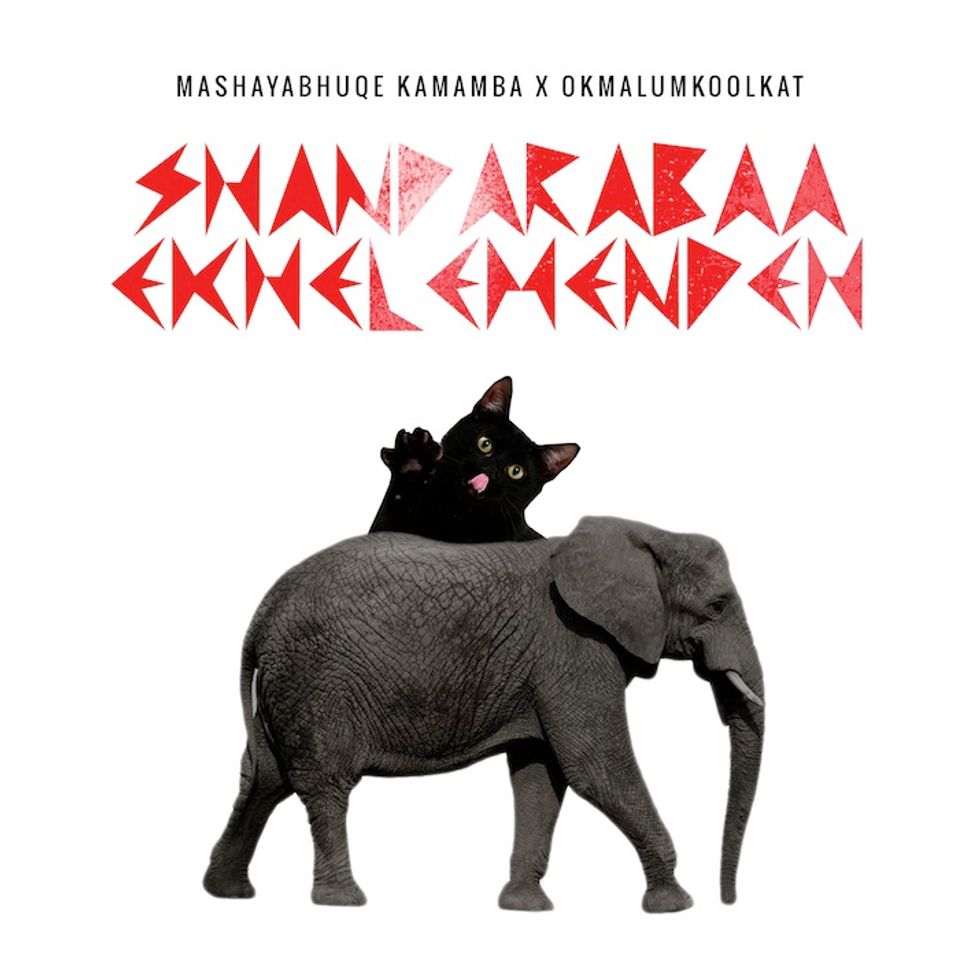 The Black Excellence Show was easily one of the most overlooked releases of 2013. The six-track EP marked the official first coming of Digital Maskandi, a rising sub-genre coming out of South Africa that warps traditional Zulu Maskandi folk music with trappy Yeezus-esque dubstep. Its prophet is Durban-born, Johannesburg-based TRVP LVRD (trap lord) Mashayabhuqe KaMamba, who tells Okayafrica he's a Maskandi artist before all else. Two weeks back Lord Booqe (as he's known on Instagram) let loose a follow-up to his excellent EP. "TRVPMVSKV," which opens as a nod to the late “Queen of Modern Zulu Music” Busi Mhlongo, quickly spirals into a pounding military anthem with falsetto zen. The song was intended as a warm-up to Mashayabhuqe's most ambitious conquest thus far.

"Shandarabaa Ekhelemendeh" (meaning "the awakening"), which arrived this week, is the BOYZNBUCKS associate's highly anticipated new single with Future Mfana mastermind Okmalumkoolkat, who Mashayabhuqe says was actually the one to coin the name Digital Maskandi. The pair recorded the track in March. "I had the melody for a while and kept on recording different verses on my phone till I was content with what you’re hearing now," Mashayabhuqe told us. The song opens like a thankfully doom-ridden announcement that the age of "Future Maskandi" is upon us, with both artists singing in IsiZulu on the track and Okmalumkoolkat's twist-up of English with Durban-slang in full effect. We asked Mashayabhuqe to shed some light on what exactly "Shandarabaa Ekhelemendeh" is the awakening of:

"Here I’m talking about REALISING who and what’s around you. What’s in your Society that keeps on happening but nobody gets to stop it, and I’m referring to unfavourable situations. I’m talking about our minds that are being “controlled” by the System that's dismally failing us but nobody is saying anything. So much is happening around us but we tend to become oblivious and focus on what wouldn’t benefit us in the end."

"Shandarabaa Ekhelemendeh" is the first single off Mashayabhuqe KaMamba's forthcoming The Black Excellence Show EP (Deluxe Edition), which is due out in early January. Until then, listen and download his new song with Okmalumkoolkat below.