How Is Mauritania the World’s Last 'Official' Bastion of Slavery? 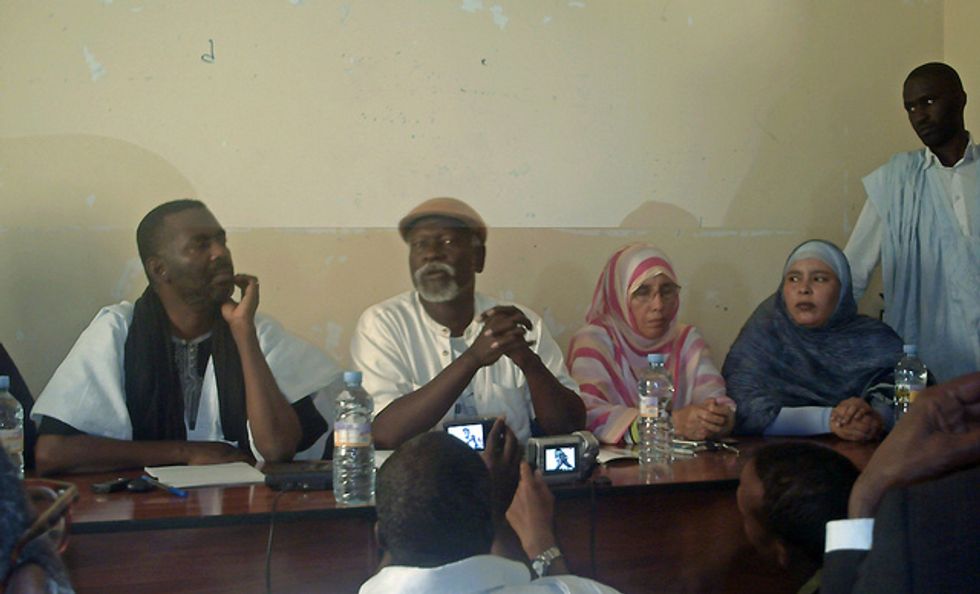 It’s estimated that up to 20 percent of Mauritania’s 3.5 million population is living in slavery, despite its abolishment in 1981.

Mauritania is considered the world’s last bastion of slavery, although there are clandestine operations around the world.

It’s believed that up to 20 percent of the West African country’s 3.5 million population—mostly comprised of the Haratin ethnic group—are enslaved by the Beydaneshe, the minority ethnic group that can trace its bloodline back to light-skinned Arab Berbers. And it’s been this way for centuries. In fact, the Mauritania was the last nation in the world to “officially” abolish slavery in 1981.

In the 1980s and ‘90s, Haratins were subjected to ethnic cleansing, deportation and land dispossession. And to this day, these black Muslims continue to be forced into generational bondage, which as you can imagine, translates into virtually zero human rights in the realms of educational opportunities and land ownership.

However, the Mauritanian government largely denies the country has a problem.

International pressure has only gone so far as pushing the government to pass a law in 2007, allowing slaveholders to be tried in court. Despite this ruling, the government has been accused of direct involvement in intimidating slaves who escape from their masters.

While there are abolitionists making noise on the ground, the Initiative for the Resurgence of the Abolitionist Movementhas claimed its request to register as a NGO has been repeatedly blocked by the Mauritanian government.

Furthermore as Quartz Africa reports, last week 13 members of the IRA were found guilty of "rebellion and use of violence," including waging an attack against the government, armed assembly and membership of an unrecognized organization for protesting the eviction of former slave residents of a slum in Nouakchott between June and July, leading up to an Arab League summit. The activists are facing a maximum sentence of 15 years in a Mauritanian prison. And on Monday, according to the antislavery activists' lawyer, the detainees have alleged they've been tortured and are demanding that charges be brought against their oppressors.

It’s a significant setback for anti-slavery activists who applauded the Mauritanian Supreme Court’s decision in May that reversed the two-year prison sentence of IRA founder, Biram Dah Abeid, a devout Muslim and a descendant of slaves, who had already served 18 months for discussing land-rights with Haratin and Afro-Mauritanian farmers as part of a caravan tour. He and his assistant Brahim Bilal, who has also been released, were imprisoned for protesting without government authorization. Go figure.

This development happened the same week as the country’s second-ever prosecution of two slave owners who were each sentenced to five years in prison and ordered to pay restitution to their victims.