How Mayorkun's 'Sade' Went From a Freestyle to a New Hit 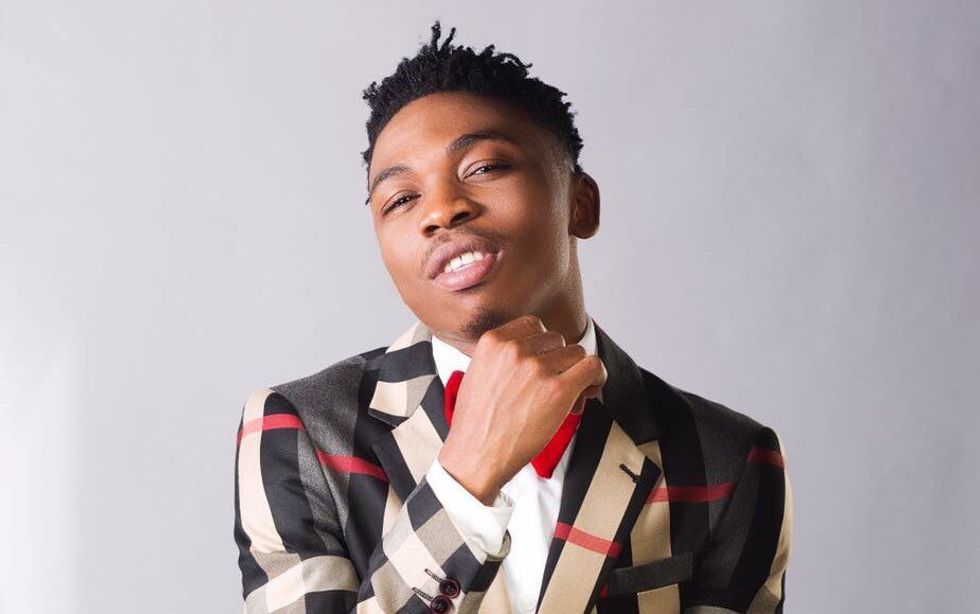 Mayorkun, the Nigerian artist signed to Davido, tells us the incredible story behind his new single "Sade."

Maryorkun is to Davido what Mr Eazi is to Wizkid—the star’s starlet who becomes a star.

His new single “Sade” came about by happenstance. He, along with Dremo, were on Tim Westwood’s Crib Sessions last December and, as is the nature of the show, a succession of beats are played to which artists freestyle.

Of the 13 minutes both artists were on, Dremo rapped for most of it, but around the 9th min he ceded to Mayorkun just as Westwood played for Kiss Daniel’s “Woju.”

A moment after and Mayorkun starts to freestyle a verse that took in Yoruba and Pidgin, a bridge that included the line “my iron don burn, na pressing issue,” before wading into a chorus whose keynote and keyword was “Sade.”

He repeated the melody, mumbling different words and it became immediately clear that he’d created a song out of an existing one. Right then an acolyte stationed behind him beamed, impressed.

Over a succession of WhatsApp messages, Mayorkun explained what happened next. "After Tim Westwood released the video, everyone said ‘please get into the studio and record that song you freestyled.’ When I decided to record this song, I thought about the perfect person that could give me the sound I wanted, [so] I listened to a couple of current songs and myself & the team decided Masterkraft was best. As soon as I sent him the a cappella, he said ‘I got you’ and everything else fell in place.”

Another artist would have played down the connection to Kiss Daniel’s “Woju,” but Mayorkun speaks about it freely and confidently. This made my question as to whether or not he’s worried about being accused of siphoning from a contemporary operating in the same sphere redundant.

Far from it, Mayorkun is even more confident of the song making. “I wrote it in two days,” he offers up unasked, but no doubt in anticipation of a common interview question.

The video for “Sade” was shot in Kaduna, Nigeria, which as it happens is where I’m from. Even I had to be told by the head of PR at Davido Music Worldwide that it was shot in Kajuru Estate, whose scenic beauty draws a lot of its richness from the wood and grass land of the Savannah climate, as well as its medieval architecture.

Mayorkun. Image courtesy of the artist and Davido Music Worldwide.

I ask Mayorkun what led him to my hometown, which surely isn’t a popular location for music videos, “It was the director's idea," he says, "the moment he Clarence Peters heard the song he said, 'Mayor, we are going on road, get ready.' I didn't argue, come on.. No one argues with Clarence Peters, he's a genius. He delivered massively. The video is a masterpiece.” It might be a stretch to call it a “masterpiece” but it's very impressive, no doubt.

I tell Mayorkun that a princess who chooses a man as is portrayed in the video is reminiscent of Queen Amina of Zaria who, along with tales of the great wars she led, is also said to have killed any man she slept with as a rule, to which he laughs and says, “certainly not.”

The real premise of the video, he explains, is “basically centered around a pauper who is daydreaming about picking a princess as his wife. He visits the palace, spends time with each of the three princesses and, at the end, he's supposed to pick one princess as a bride. But then he returns to his senses: it was all a dream”.

Even more unusual is that Mayorkun’s chief love interest in the video is seen in one scene reading James Joyce’s Dubliners. Joyce is a god even among gods and Dubliners is the entry level to the cathedral that is Ulysses, “her (the love interest's) scene was meant to depict a princess who's smart and reads a lot of books. During the shoot, Clarence just wanted her to hold a book. He saw Dubliners, I remember, and said ‘perfect’”.

What are the chances that, while shooting a romantic scene in a medieval castle, a highly-regarded literary classic is found lying about just at the precise moment it is needed? Happenstance.