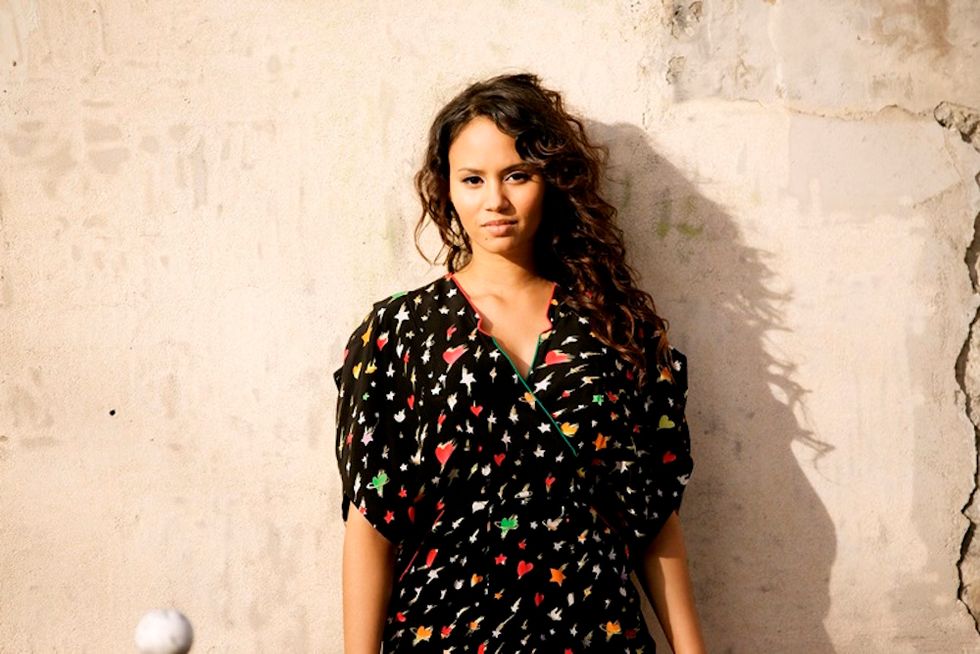 The last time we caught up with him, the producer had just dropped a beautiful pantsula video for his collaboration with South African vocalist Nonku Phiri and Mr. Carmack.

Branko is now releasing new original songs and remixes from the Atlas sessions in the 8-track Atlas Expanded.

“Reserva Pra Dois” (“Reservation for Two”) is a hypnotizing and uplifting tune that features Cabo Verdean singer Mayra Andrade, one of the leading voices championing the sounds of the island nation.

A behind-the-scenes video (below) reveals that the track was written in Lisbon with the help of up-and-coming Cabo Verdean vocalist and guitarist Cachupa Psicadélica and Buraka’s Kalaf.

“It can be a dialogue with a place,” Kalaf is heard saying of the song in the video. “That place that defines you. That you’re only certain about once you’re far from it.”

Stream our premiere of Branko and Mayra Andrade’s new track “Reserva Pra Dois” and check out the track list for Atlas Expanded below.