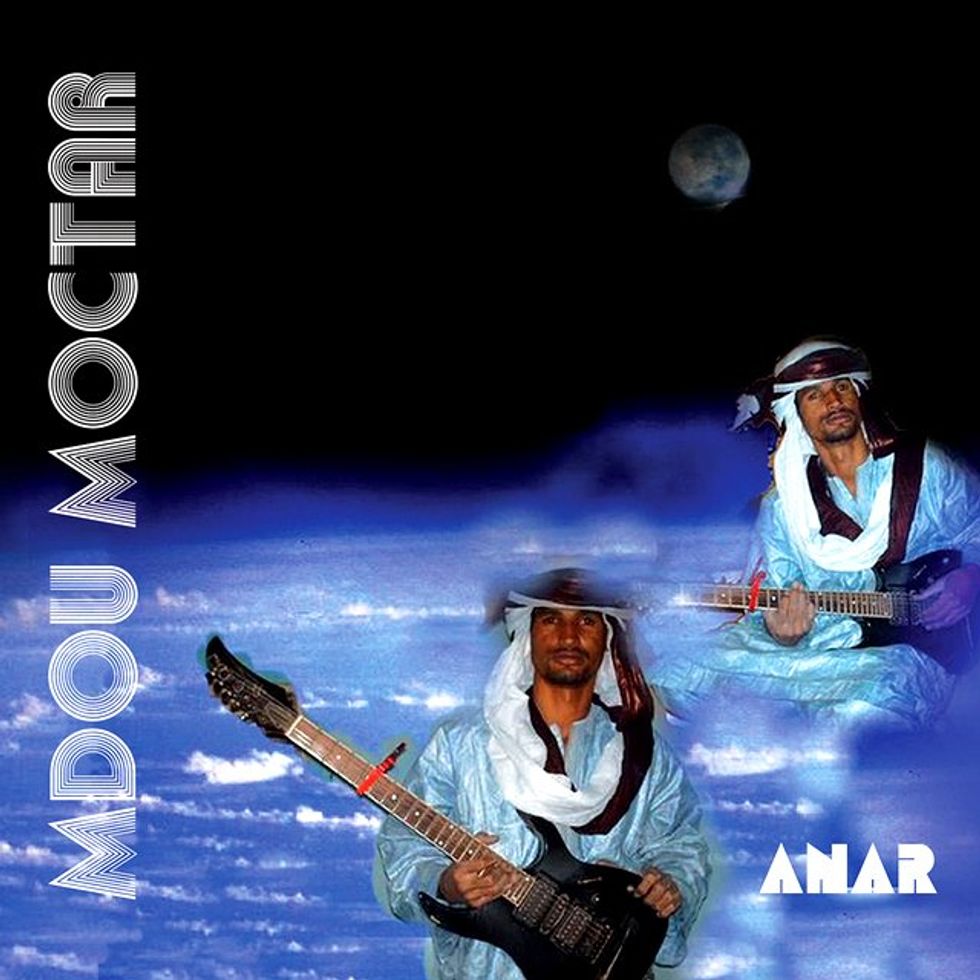 First heard in the cellphones of Saharan residents, Niger guitarist and singer Mdou Moctar's Anar is now seeing its first official release via Sahel Sounds. One of the earliest instances of Tuareg guitar combining with autotune, Anar (2008) thrives on innovation. After all, it would have been pleasant enough if this record were just Moctar singing in his soft and sweet voice along with his guitar. Instead, we have Moctar altering his voice for good reason– he wants to transport us, to take us out of the everyday and into a world where bobbing heads and tapping feet is the norm. On "La Super," for example, Moctar's spindly guitar and Afrobeat-esque horns tag along with his wisely sunken voice. Inspired by Bollywood-influenced Hausa pop music, the album is a jubilant affair that spins Moctar's dessert tray of a voice, like on "Nikali Talit" and "Karad Etran." While a bit more downcast and circled by a poignant high-pitched chorus, the title track manages to remain merry and celebratory.

Perhaps the triumphant spirit found on Anar is a reflection of Moctar's story as a whole. After teaching himself the guitar in his youth and moving to Libya, where he took random jobs, Moctar joined a community of guitarists and kept studying music. Sahel Sounds, the brainchild of self-described "rogue ethno-musicologist" Chris Kirkley, soon found out about Moctar and featured his music on the label/blog's Music from Saharan Cellphones: Volume 1 release. After recording Anar, in 2013 Moctar released Afelan, an autotune-less Niger-recorded folk album. Also an actor, Moctar is starring in the highly anticipated Tuareg remake of Prince's Purple Rain from Kirkley and Jerome Fino. Akounak Tedalat Taha Tazoughai, which roughly translates to "Rain the Color of Blue with a little Red in it" and also marks the first time a film is shot entirely in the Tuareg language, recently completed filming and will soon screen in Agadez. For now listen to Moctar's Tuareg autotune adaptation Anar below.