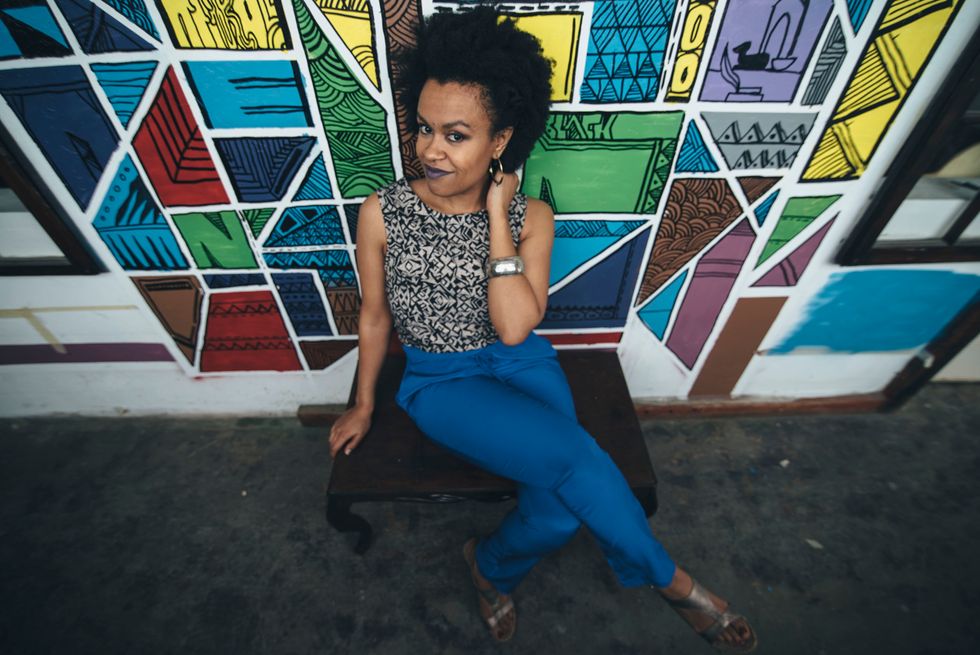 First Listen: We premiere Ethiopian-born singer Meklit's cover of The Roots & Erykah Badu's timeless classic, "You Got Me,"

Ethiopian-born, San Francisco-based singer and songwriter Meklit’s cover of The Roots and Erykah Badu’s timeless classic “You Got Me” is her way of saying thanks to hip-hop.

Over horns, a bass guitar and robust drums, the singer adds her own character to the vocals originally sung by Erykah Badu.

Here’s what she had to say about the song:

“I've wanted to do this particular song for eight or nine years. Growing up in Brooklyn as a young Ethiopian woman, I never heard my name called in public. Every time people talked about Ethiopia, it would be that craziness about poverty. But the one place where I felt seen was inside of hip-hop. You know, when The Pharcyde released “Passing Me By,” those were moments of recognition. I felt the same when Black Thought called out this 'Ethiopian queen from Philly taking classes abroad.' I felt like he was speaking to me and announcing my existence."

“I wanted to interpret that song in and Ethio-jazz way as a way of saying thank you to Black Thought, The Roots and hip-hop for making me. I really wanted it to be in an Ethiopian rhythm. Hip-hop tends to be in 4/4, since I wanted to bring it into a traditional rhythm my cover is in 6 [time]. I spent a lot of time writing a melody. The verses are in an Ethiopian scale which is used for songs of longing and nostalgia. The scale is in a deeply emotional world that I thought really matched the feeling of the lyrics.”

Listen to Meklit's cover of "You Got Me" below, which is premiering with us today. Pre-order her upcoming album, When The People Move The Music Moves Too, and check out her tour dates underneath.