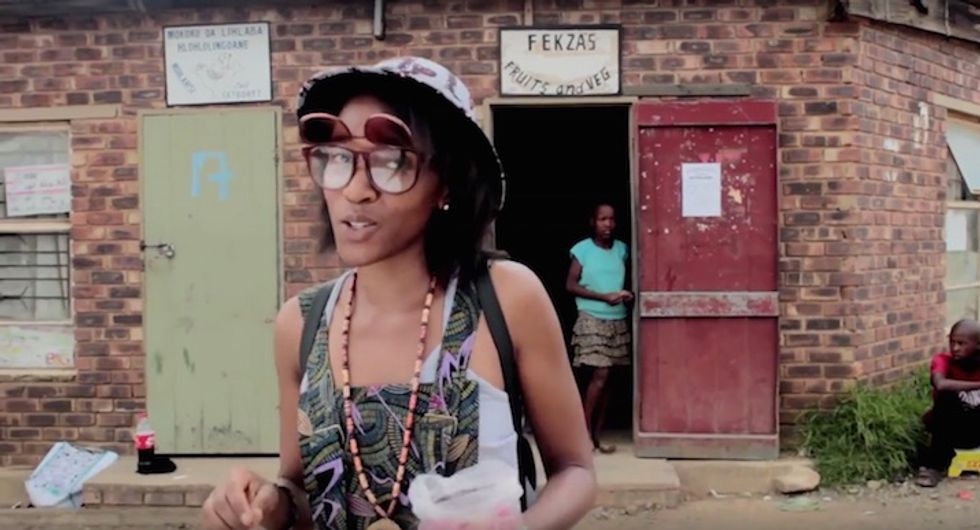 Lesotho-based rapper Meloh stands up against the commercialization of hip-hop and its treatment of female rappers in "Soul Riddim."

Lesotho rapper Meloh comes through with her latest music video for "Soul Riddim," a song that calls out the commercialization of hip-hop and its treatment of female rappers. The clip sees Meloh, fellow Lesotho MC Gen AP and their stylish crew going in over a ragga-tinged beat as they spit their bars from tractors, barber shops and corner stores.

"'Soul Riddim' is an anthem for the Africans looking to make a stand against the much publicized and doctoral social outlook of urban lifestyle," Meloh explains. "We stand against the commercialized view of fashion, music and lifestyle, we are trying to start a revolution of individualistic Africans who fuse modern/urban lifestyle as the youth with an African twist, to merely say we are Africans doing exactly what the famous hip-hop musicians do BUT we do it fusing our background as Basotho living in a global village."

"It's a track for the struggling Basotho/African artists who have to deal with breaking free from the norms of societies based on certain rules and the oppression of the media pictorial style of depicting 'coolness.' My verses are deeply rooted in the observation of Female emcees — who are known for 'sexiness' and no talent. I as an individual talk about being an emcee all round, my struggle to break free from being seen as a weaker sex, and my image being the only thing I can rely on."