Lupita Nyong'o, Beyoncé, Iman and More: A Look Back At Our Favorite Met Gala Looks 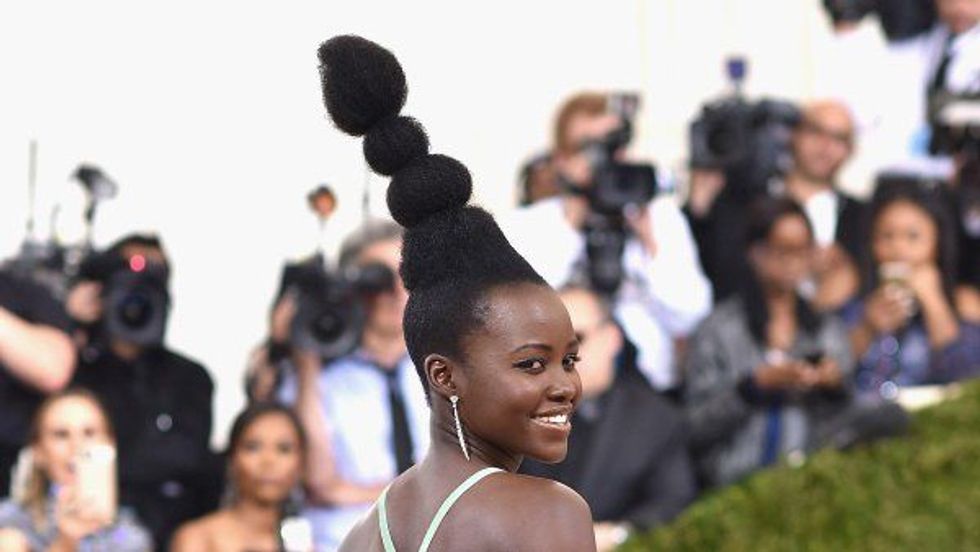 We revisit some of the best looks from Met Galas past.

The Met Gala is here.

The fashion event to end all fashion events takes place annually on the first Monday of May, which means that our timelines are about to be flooded with pictures of celebrities in eccentric haute couture and commentary from random people on whether or not they look good in said couture.

It's always quite an experience to see some of our favorite celebs show up and show out for the black-tie event, and this year will be no different.

Below we revisit some of our favorite looks from Met Galas past.

The time Lupita Nyong'o payed tribute to her Kenyan heritage and Nina Simone with this gravity defying look.

Beyoncé's had many show-stopping moments at the Met Gala, but I'm still not over her 2011 look.

And then there's this avant-garde sister slayage from 2016

As well as every single thing that is happening in this photo.

.@idriselba at #MetGala proving that #swagAF is his lifestyle. Further proof from #TIFF15: https://t.co/onrMQgOVzfpic.twitter.com/ADONilFSt3
— TIFF (@TIFF_NET) May 3, 2016

Do we really even deserve Danai Gurira, though? Her look from last year is still inspiring.