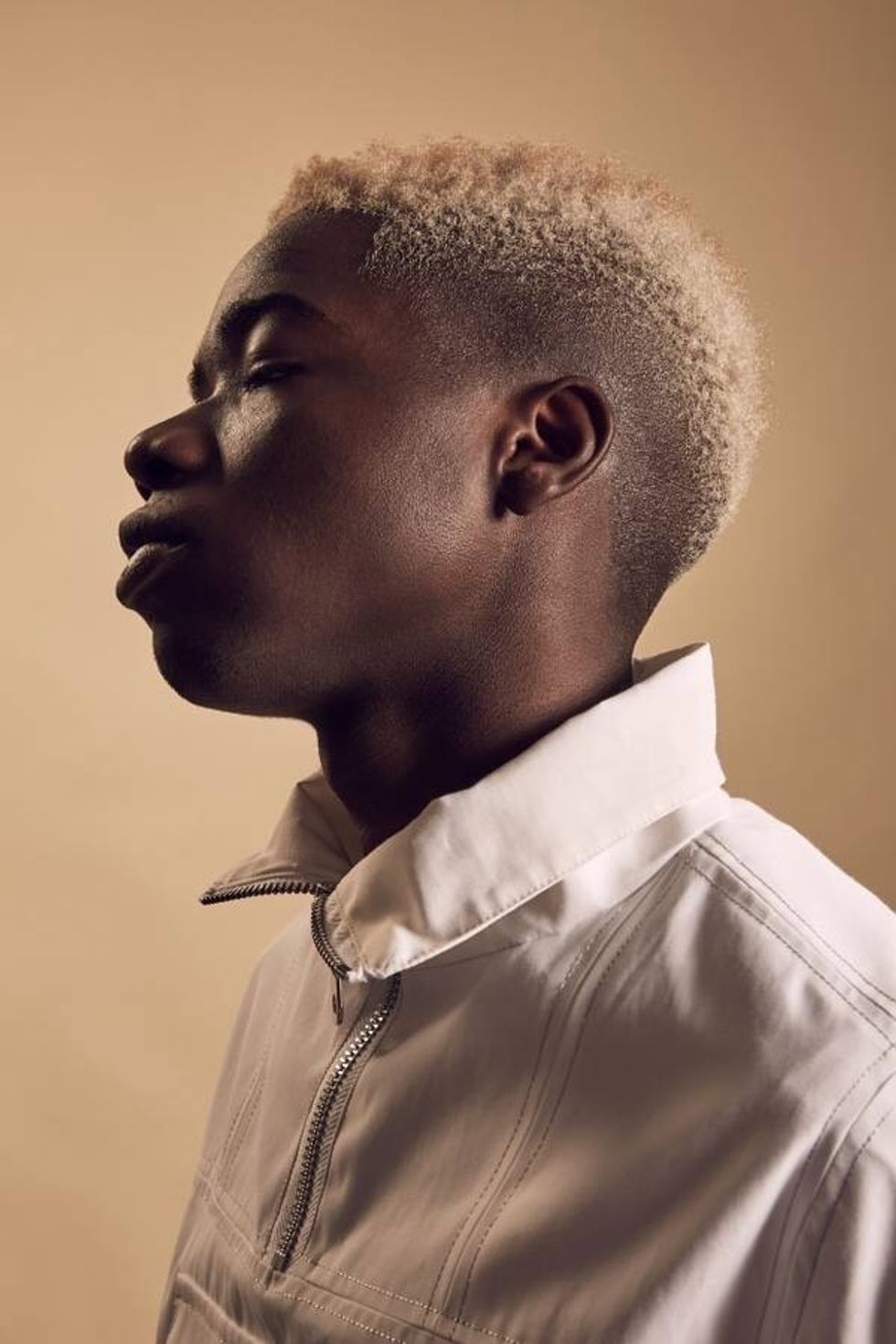 MHD's second album is brilliant and reveals of a side of the young artist we haven't seen through versatile production and features from Wizkid, Salif Keita, andYemi Alade.

By now, you should know the story of the pizza delivery man turned French phenomenon, who's performed on the biggest stages like Denmark's Roskilde and California's Coachella. MHD's effortless mix of rap and afrobeats has solidified his place as the voice of a generation, gotten him two invites to France's presidential palace, l'Élysée, and a noteworthy reception when he arrived in Guinea.

The 19 tracks on the album and its title are an homage to the 19th arrondissement, the Parisien borough where he grew up and continues to dwell. This new record has all the potential to be just as successful as the 24-year-old's triple platinum debut and the Afro Trap series that catapulted his career.

19 includes features from the likes of Wizkid, Salif Keïta,Yemi Alade, Orelsan, Dadju, andStefflon Don as well as production by Diplo, Stromae, Dany Synthé, Junior a la prod, DSK On The Beat, S2keyz and Heezy Lee. Unsurprisingly, the majority of these features were landed through simple social media direct messages—MHD has mastered the art of using YouTube and Instagram to his advantage in an internet age.

MHD has more than earned the crown he holds on the cover of this new album and he's already confirmed a third international tour that will take him from Europe to Africa back to the United States.

On September 15, via his snapchat, MHD announced this could potentially be his last album. He stated, "I no longer want anything, I no longer want music, I think I'll stop after this album, this life is not mine. This is not a marketing ploy, I am speaking from the heart, no one knows the hidden face of success, it's a choice I have made and it is very difficult to live this way, putting an end to all of this could do the most good." It reads as if MHD's rapid rise to fame has taken a toll on him.

It's important to note, fans have journeyed with him for the past 2-3 years through 200 non-stop tour dates coupled with a number of features. He's admitted to struggling to complete this project. Perhaps, a break is what he needs to regroup.

Regardless, MHD's latest offering is brilliant. It reveals a side of Mohamed Sylla we haven't seen through versatile and varied production. The album packs a mean punch, it's a lot to take in. Listeners are faced with recurring themes of life pre and post fame, adhering to what God is asking of him, the concept of being home as well as love. There are familiar guitar riffs and drums that call Africa to mind, blended with the usual trap beats that launched him to the spot he holds in French music.

MHD opens with an introduction on which Malian legend, Salif Keita, serenades the listener. It's the powerful equivalent of a call to prayer and commands whoever hears it to listen up. This story poignantly begins in Africa, the continent MHD has unwaveringly pledged allegiance to.

In "Encore," he raps, "Rester c'est le temps qui le dira, mais pour l'instant aucune envie de bouger de ma place" or "Staying, only time will tell, but right now, I don't want to leave my spot," while also saying, "Après la musique, on va kiffer encore," or "After the music, we'll still like it." He seems to be conflicted with the idea of leaving the industry but holds that, no matter what he decides to do, his music will always be enjoyed and celebrated.

In "Rouler" he alludes to the end of a two-year adventure and affirms he has succeeded. The familiar "Bravo" affirms "Le petit prince est devenu roi" or "The little prince has become a king." "Papalé" is dedicated to MHD's father. It echoes, "Papa a pris de l'âge, j'ai rien vu passer. Après tant d'années rien n'a changé, Papa papa papa papaléeeeee." It touches upon how often we don't notice our parents aging.

Who better than chart-topping Franco-Congolese singer Dadju to accompany MHD on his love song, "Bébé"? "Oh La la", "Samedi Dimanche" and "Porsche Panamera" are the ego-trip tracks comprised of the lyricism true MHD rap fans crave. "Moula Gang" was the final Afro-Trap in his 10 part series dedicated to his fans. Where songstress Yemi Alade is essential to "Aleo", Stefflon Don shines on "Senseless Ting."

"Moussa" highlights MHD's knack for poignant storytelling as he follows the life of a boy from his former realm of existence. "XIX," the last song on the album , leaves the audience on an emotional cliffhanger. It's retrospective in its walk through the artist's life before fame juxtaposed with his rapid rise to fame and everything that has transpired because of it. If his reign should end with this album, this is the perfect track to bid his kingdom adieu.

It's a relevatory open letter to his arrondissement, his family, who he once was, France, and Africa. If this ride has come to an end, it has been worth every minute. Only time will tell.