After Being Detained, Drugged and Deported, Miguna Waits in Dubai 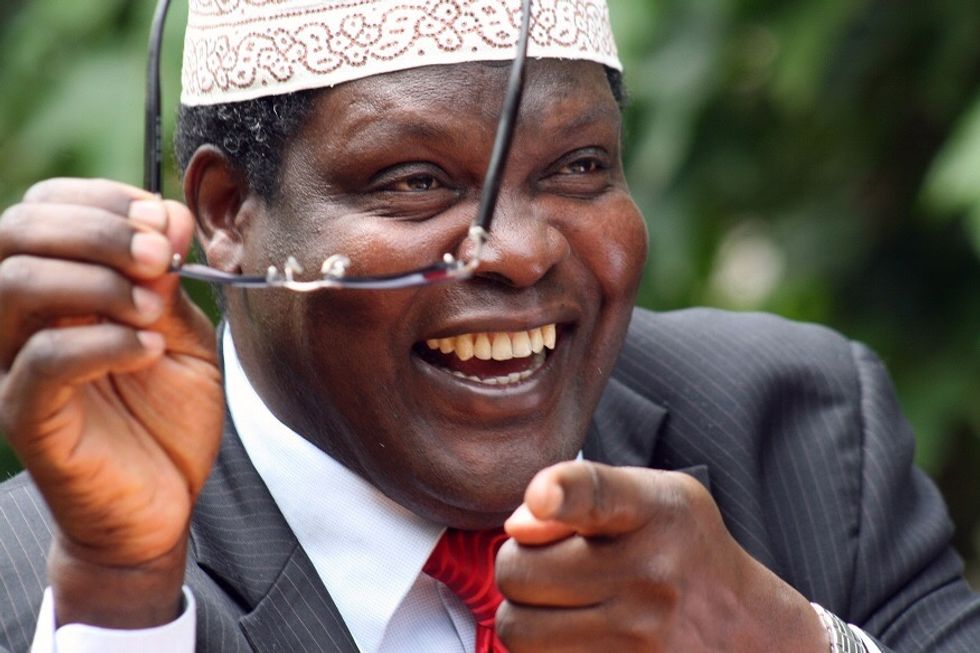 Kenyan lawyer and opposition member, Miguna Miguna, denied entry into the country and deported to Dubai

Kenyan opposition member Miguna Miguna has been stranded at Dubai International Airport for two days, after being forcefully deported from Nairobi.

I am alive. I thank God for that. But I am in great pain, stress and inconvenience. My left hand is still badly swollen. I believe that Jubilee thugs had inserted an IV in it to keep me unconscious for the entire duration of the flight between Nairobi and Dubai. My left side is extremely painful.

He later spoke of his treatment in Dubai in an interview with BBC, saying that he had been looked at by a doctor in the airport and given an aspirin for the swelling. He added:

Miguna was travelling to Kenya from London on Sunday, when he was detained at Jomo Kenyatta International Airport (JKIA) for three days. He then claims to have been drugged and dragged unconscious onto an Emirates flight to Dubai on Wednesday night.

Miguna was born in Magina village in 1963, and sought political asylum in Canada after being detained in Kenya for his political activism while at university. He returned to Kenya in 2007, where he joined the Kenyan Bar and served as a senior advisor to former Prime Minister Raila Odinga for two years. He is now a leader in the National Resistance Movement, and has been highly critical of the Uhuru Kenyatta Presidency since 2017.

However, the government claims that Miguna renounced his Kenyan citizenship when he attained Canadian citizenship in 1998, when dual-citizenship was still illegal in country (it was legalized in 2010). They seized his passport in January this year, and deported him to Canada.

Although Miguna could still enter Kenya with his Canadian passport, he refused to do so on principle, insisting: "My right to travel in and out of the country freely must also be respected and upheld at all times, in the same manner that these rights apply to all Kenyans equally."

Speaking to BBC Africa, spokesperson for the Ministry of Interior, Mwenda Njoka, said that Miguna "is on his way back to where he came from because he refused to got through the process of being immigrated into the country." On Miguna's claims that he was drugged, Njoka said that "those are just allegations."

This response is in spite of an order from the Kenyan High Court earlier this week, which had ordered Miguna's release from detention and released his Kenyan passport. For failing to appear in before the judge in response to their actions against Minuga, three top officials were fined for contempt of court.

Meanwhile, Miguna continues to wait in Dubai for his lawyers to deliver his passport to him later today.

"I intend to fly back to Nairobi as soon as possible," he said on Facebook. "It's my birthright, constitutional and legal right."

The Miguna's saga has captivated Kenyans on social media since it began. Here's a taste of the conversation:

This is sad..Very sad indeed. Miguna Miguna deserves better. He has rights. Hate him or love him, he should be treated well. If this Can happen to the General, what about the normal citizen?

And because there's always that one person:

Just wondering how I can qualify for the free flights Miguna keeps getting.#MigunaReturns#MigunaDeportedAgainpic.twitter.com/HunLnJSg9c
— Madura (@ASBirosho) March 26, 2018