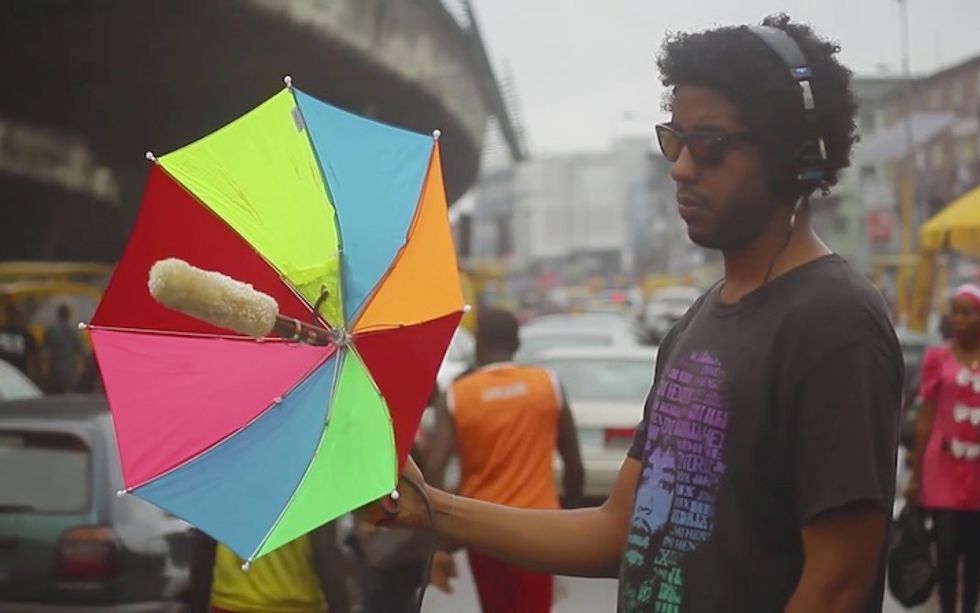 Soundhunters is a new musical documentary project that allows users to sample the infinite sounds of the world. The interactive experience includes an app and a 'music machine' that lets users collect soundbites from their daily lives and use them to form their own musical creations. The project is described as a shared experience where "people from all over the world are invited to record sounds and create music tracks on a collaborative platform which draws the line of our sonic world."

As part of the project, Soundhunters has released four short documentaries that follow artists from different parts of the globe as they go about discovering sounds in various urban cities and creating new music. Ethiopian electronic beatmaker Mikael Seifu took a trip to Lagos, where he set out to explore the unifying role of Nigerian Pidgin English and its impact on the country's musical landscape. The short film shows the producer attempting to learn the dialect while connecting with industry insiders and using a hand-made parabolic microphone to record the booming sounds of the fast-paced city. At the end of the episode, viewers can create their own song using Seifu's samples. Watch the 15-minute Lagos-based short below, and check out other Soundhunters episodes with Daedelus in Berlin, Luke Vibert in New York and Simonne Jones in São Paulo. For more from Mikael Seifu, revisit his recent singles "The Lost Drum Beat" and "Brass".