"Minerva's Lilies" Short Film Is A Gorgeous Meditation On Sisterhood 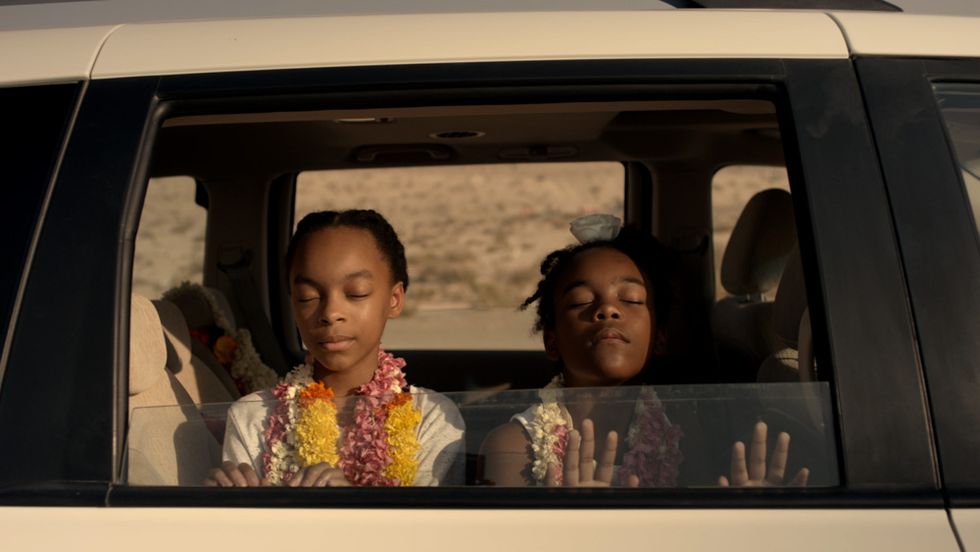 A recently released short film poetically meditates on the idea of “sisterhood, magic, femininity and heartache.”

Minerva’s Lilies is directed by Kenyan filmmaker Amirah Tajdin and produced by her sister, Wafa Tajdin. The sibling duo released the film through their production company, SEVEN THIRTY FILMS. It recently debuted on the South African-based online platform Casimir.

The short is beautifully-shot, half-ethereal and half-dreamlike. The stars of the piece are Ghanaian-British sisters, Nayomi and Leah Agbotui-Dublin, 9 and 10. Voices cut in and out of the short. Children laugh, they sing, a woman speaks, “When daughters cry, mothers weep. When mothers weep, daughters drown.”

The sisters play throughout the clip, ride bikes, their necks adorned with flowers, dress up, take bubble baths, and undergo imaginary rituals. Their mother drives them through Dubai, the camera partially capturing her face through the car’s rearview mirror.

Also a thoughtful rumination on motherhood, the film is dedicated to, “my mother, Nargis.”

The director notes that the piece is a “A testament to the women in my life, my two sisters and most importantly to my mother. Minerva's Lilies is a meditation on femininity that I weaved up after watching my mother deal with her daughters leaving the house and her re-assessing her sense of womanhood outside of her primary identity of motherhood after 30 years.”

“Despite it all, they sing, they smile.”

Check the short film out below.