'But It's All Human Emotion,' An Interview With Mirel Wagner 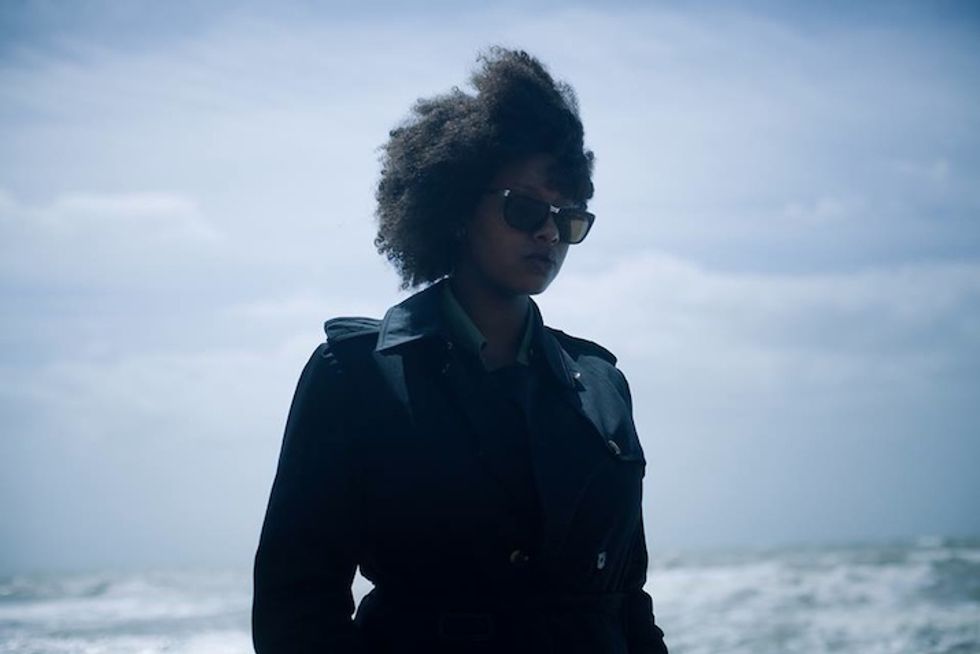 Finnish singer/songwriter Mirel Wagner talks to Okayafrica about her new album 'When the Cellar Children See the Light of Day,' and more.

Finnish singer/songwriterMirel Wagner is an explorer. One who expresses rather than judges, Wagner creates songs that, in their very engagement with life's inherent hardships, offer solace. As Kyp Malone does on his solo album 'Rain Machine' and Angel Olsen does on 'Burn Your Fire for No Witness,' Wagner grounds abstract themes in vivid specifics on her latest record 'When the Cellar Children See the Light of Day' (the follow-up to her 2012 self-titled debut). Painting a world of windowless basements and vasts forests in which vulnerable people endure life, death, and all of the struggles and joys in between, Wagner has made a searingly beautiful work with 'When the Cellar Children See the Light of Day.' Speaking by phone a few weeks ahead of her upcoming North America tour, Wagner talked to Okayafrica about the new album, the value of storytelling, the nature of human emotion, and the beauty of connecting with audiences.

Okayafrica: You wrote most of the songs on When the Cellar Children See the Light of Day in an old cabin in Hailuoto, your label Sub Pop's website notes, with only a mouse there which you shared your food with. How exactly did this experience foster the songwriting process? Does an environment influence your writing?

Mirel Wagner: Actually, most of the songs were already written when I went to Hailuoto. I had a couple of songs that were finished there. It's a mysterious process in some ways. My songwriting process is quite intuitive in some ways, but I don't think there is sort of room for outside influence. It's mainly just the idea of concentrating, just going somewhere and finding a silent space. It's maybe not that important where you go.

OKA: WCCSLD has a novelistic quality, the instruments on the album really create a mood or set a scene. Before writing a song, do you have an idea of what sound may add to the story you’re telling?

MW: It's not intentional, this sort of, "Now, I'm going to create this mood." It's very sort of natural and intuitive, in a way. Mostly, how I write songs these days is that I just have a certain melody or guitar riff that I find interesting, or I can't forget. That's basically how the music comes together. It works with the lyrics, also, in a way that there can be a sort of uplifting melody and not so uplifting lyrics. I don't know how it works. Mostly, how I find the melody is that I just play with my guitar or something and if the melody is something that strikes a chord or emotion in me, that's where I start to dig deeper in this music. And then other things come... sometimes (chuckle).

OKA: The new album may be harsh but it also seems to offer hope. As an artist, do you believe in the notion that there's a certain nobility in expressing tragedy or sadness, that in the very making of art that is considered dark or despairing, the artist is actually offering solace?

MW: Yeah, in some ways. There's nothing sort of wrong with melancholy. Sadness is sort of like pathetic and sort of boring. But it's all human emotion. I find wonderful the feedback that I get when I write and perform and record these kinds of songs. Some people come to me and tell me that they can relate to these songs, and first what you sort of think is, "Oh, these songs are sad," and so on. But the amount of people who feel that they can connect and feel while listening to these songs tells that these songs and themes, this sort of discussion, is important and necessary for people. I think that's one of an artist's jobs, to hold a sort of mirror in front of yourself and in front of other people. Music is a very good instrument or a sort of vessel for that because, for some reason, music is universal. You don't necessarily need to understand the lyrics or the context or anything like that. You can directly connect just to the music, and people have been doing that for however long there's been music. There's just been people and telling stories, and telling stories with music, and I think that's something that you don't necessarily see in this sort of narrow view of music that's been presented in, I don't know, in general.

OKA:  Have you seen a difference in the attitude towards human sadness in Finland as opposed to America? Is one country more open to it than another?

MW: I'm not an expert on American culture but, in Finland, there's a long sort of tradition of melancholy goth and that sort of stuff. Maybe in Finland, or sort of cold Nordic countries, melancholy is something that's sort of constantly there. It's something that you're not afraid of in some ways. It's a sort of natural part of life.

OKA: Would you say WCCSLD is a direct result of this aura?

MW: I think it can be true in all of my music because I'm Finnish and I live in Finland, so of course that sort of influences me in everything I do, but I don't know. I can't tell.

OKA: In addition to directing your music videos, you’ve also acted in them. Would you say there’s a significant parallel between acting and writing for you?

MW: Yeah, mostly because I'm a sort of story person. I love stories and characters and, in a way, all this sort of music, songs, writing, acting, and videos... they're just different ways to tell a story, and I'm really interested in that.

OKA:One of the most intriguing things about the new album is that it has a mythic feel yet is grounded in specifics. How do you think that works exactly? Does it relate to the idea that out of the particular comes the universal?

MW: Yeah, I think... at least I hope so, that it has some sort of universal... It's not locked in a way. It's not sort of bound to a certain, maybe, narrator or time. In some ways, when you leave things unsaid, it leaves a lot of room for just the listener to fill it out for themselves, and that makes the piece sort of universal in a way because everyone brings their own stories in the story.

OKA: When playing live, do you try to establish a certain mood with your voice and guitar or is it a more intuitive experience?

MW: It's a sort of combination and mixture. In some ways, I'm very aware and, in some ways, I'm not. It's a balance between being aware and just trying to be in the moment. It's usually just me and a guitar on stage. I try to find some sort of connection with the audience. It's quite simple and intuitive. I just play the songs to people who want to listen.

OKA: The artwork [by Jussi Karjalainen] and photography [by Aki Roukala] beautifully complement the music. Did you come up with these? Was there something you were trying to express in the main image of you in the woods?

MW: It was a simple process in a way. I had this idea of the dress and this visual idea of what I wanted. Then we just worked together to get it done. I wanted it to work well with the music so that it gives the music that respect and space that it requires. I feel it's important to be involved in the visual process also because when you're working with a lot of people, of course, they have their own visions and ideas and you just have to try and find the balance so that it doesn't take away from the songs. The same philosophy goes about in my songwriting, in a way that everything has to support the song, and not take away from it. Everything builds up to the story or the song, and emotion and that sort of stuff.

OKA:What about originality? In music—and art, in general—is it a big concern of yours, or are you just trying to create the best stuff you can?

MW: It's a concern, yes, but I try to do the best stuff that I can do, and hopefully that's original. I don't know; it depends why you make music or anything. If it's just to better yourself or enjoy, if you just do it for your own pleasure, then, I don't know, who cares if it's original or not? But I don't know, it's good to be original. It's horrible to be boring at times. I want to be original. I feel that the world is so full of wonderful, amazing, good stuff, music, and so on. I want to contribute to that in a way that it's not just noise, in my own way, and not make something just because I can. Well, I don't know; just make something that I feel proud of, and other people can relate to it.