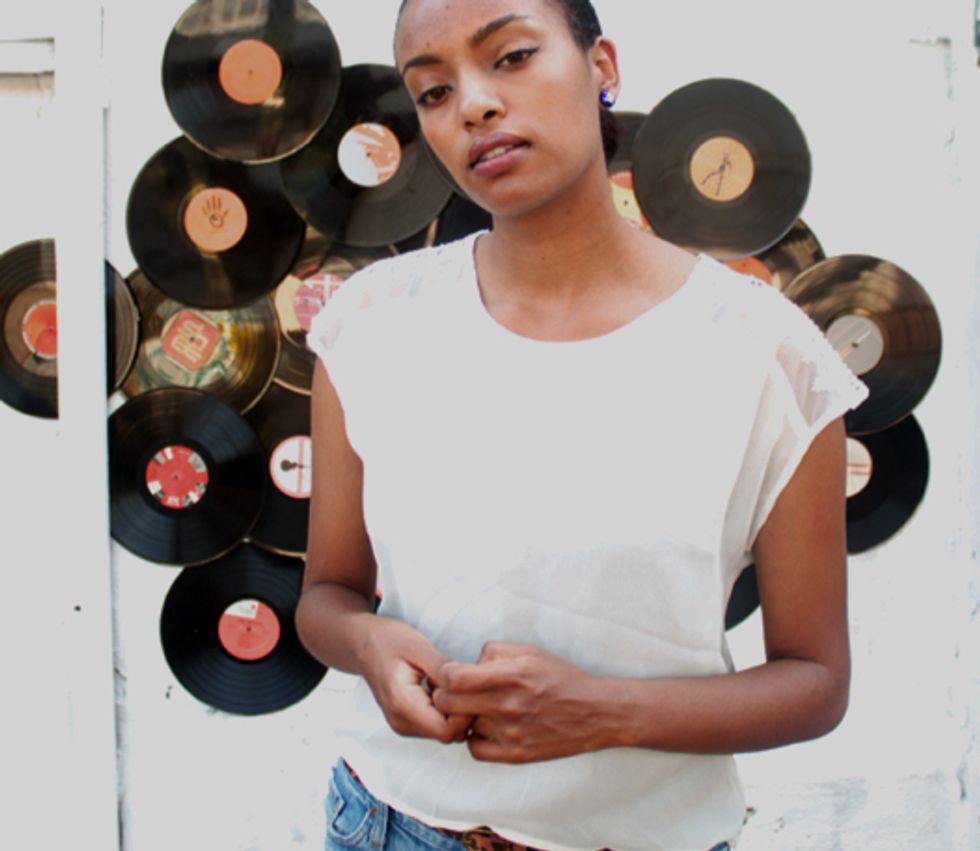 First Look Fridays have long been a tradition in the Okayplayer network. And it's with great pleasure that we present Okayafrica's very first First Look. For the inaugural installment, we had something extra special in mind. A few weeks back we came across one of the haziest most gut-rattling videos to hit us in weeks. The ethereal ballad in question, "Anxious," came by way of New York-based Mizan. We didn't know much about the Ethiopian-raised soulstress, and we certainly wanted answers. What did she listen to as a kid? Where did she grow up? How has being Ethiopian shaped her music? That was when we schemed up our Okayafrica's First Look Fridays series, which just so happens to come on the heels of Mizan's brand new third single, the 90s R&B nodding "Thru" (which you can listen to below). And so without further adieu, we present our Q&A with Mizan.

OKA: Where were you born and where did you grow up?

Mizan: I was born in the U.S., grew up in Ethiopia, and came back to the U.S. for college.

OKA: Where is your family from and when did they move to the states?

Mizan: They are from Ethiopia. They moved outside of Ethiopia to escape an oppressive and fascistic political regime that was especially severe on people in their demographic- the politically active youth. They moved to the U.S. around 1979.

Mizan: I grew up listening to my dad's taste in music which, looking back, was phenomenal and eclectic. Simon and Garfunkle, The Supremes, Fleetwood Mac, The Beatles etc. And when I was a tween it was the 90's, so I listened to a lot of R&B and Pop.

OKA: Any Ethiopian artists you're listening to these days?

Mizan: Gigi's self-titled album which was released back in 2001. It's one of my favorite albums.

OKA: How has your Ethiopian upbringing shaped your music?

Mizan: I suspect it's my Ethiopian upbringing that somehow instilled in me a compulsion to only write meaningful and somewhat subversive music. I'm not interested in writing about trivial things because I grew up in an environment wherein there was no place for things that are not real or important.

OKA: At what point in your life did you write "Anxious?"

Mizan: It was as I approached my mid 20's. I felt as though I hadn't met a lot of goals, but neither did I have the desire to live a conventional life, so I felt trapped by the standards that were set by the generations of the past. As a result, Anxious is about the angst of becoming an adult, about recognizing a lot of things that you didn't as a child; negotiating with life and demanding to live it in your own terms and realizing that that's not always the case.

OKA: What's in store for the rest of 2014? Any music we should look out for? Shows coming up?

Mizan: Well, Dark Blue EP, which is my first EP, is coming out slowly. I release a song every month or so. "No Fool" was the first release, "Anxious" is the second, and the next two are coming out within the next two months (both video and audio). They will be out on mizank.com. We are planning shows as well, check back on my website for schedules.