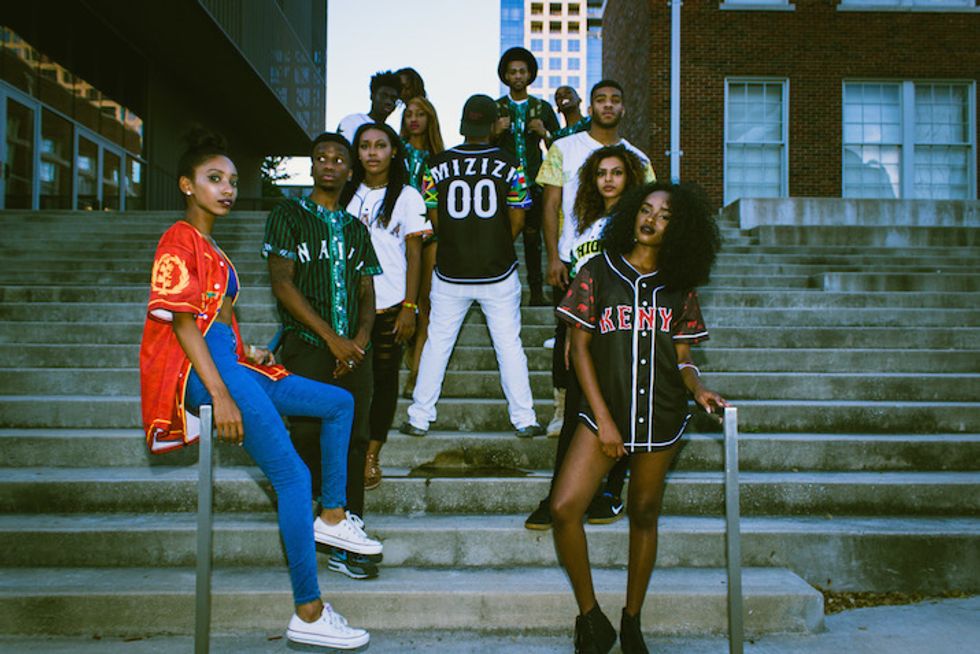 Mizizi is a young streetwear brand that hopes to help Africans in the Diaspora rep their roots with their debut collection.

Mizizi is a streetwear line conceived in 2014 by University of South Florida students Paakow Essandoh and George Kariuki. The idea came about as the brand's Ghanaian and Kenyan founders sat in their campus dining hall discussing what they referred to as a "scarce amount of Africans and African pride" in Florida. "They compared and contrasted the ways in which Caribbean [culture is displayed] throughout the state, and what Africans could do to do the same," a website reads. This, they say, led to the birth of Mizizi (which takes its name from the Swahili word for "roots"), as a way of showcasing African culture throughout their home state.

Mizizi will officially debut at the end of this month with the launch of their first collection, a series of seven street-ready jerseys. Browse through photos from the Starting Lineup lookbook above, shot in downtown Dallas by Andrew Bellamy.