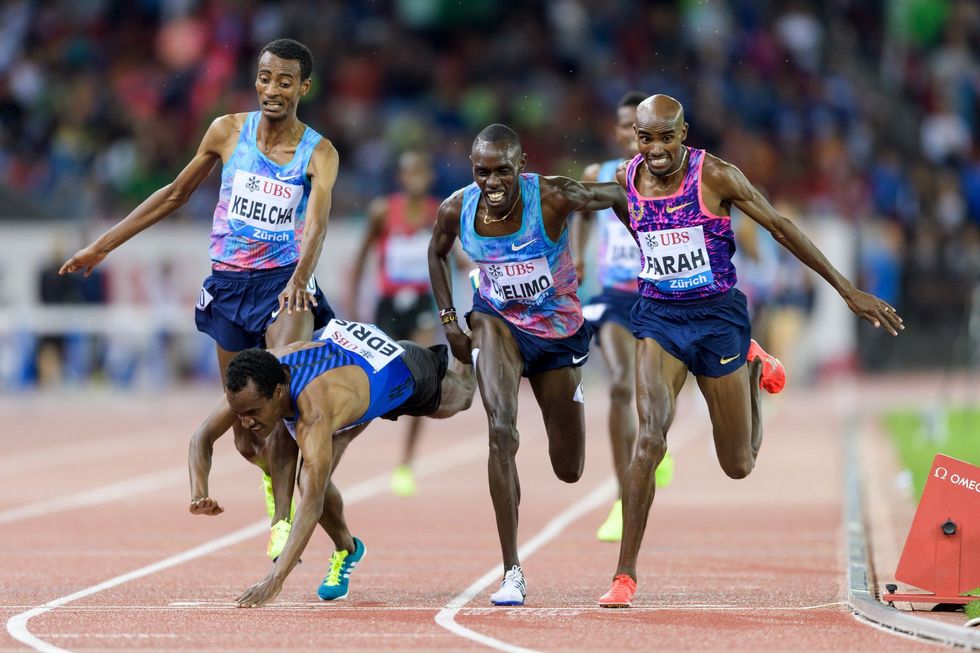 Mo Farah won the last race of his track career on Thursday in an unforgettably dramatic display.

Quadruple Olympic winner, Mo Farah, ran to victory on Thursday in the last race of his career.

The unforgettably dramatic display saw the distance runner beat out three Ethiopian competitors just in the knick of time to claim the 5000 meter win at the Diamond League final in Zurich.

He finished the race in 13 minutes and 06.05 seconds—just 0.03 seconds ahead of second-place runner Muktar Edris, who stumbled across the finish line behind him.

The Somali-born, British-based 34 year-old, is the most successful British track athlete in modern Olympic Games history. His ten global titles, make him the most decorated athlete in the country's history. His sports accolades seem endless, and now he has one last title to add to the list.

And that's how you end a wildly successful track career. Congrats to the champion!