This Streetwear Brand Just Released A Dope Jersey For Mansa Musa, "King Of Kings" Of The Mali Empire 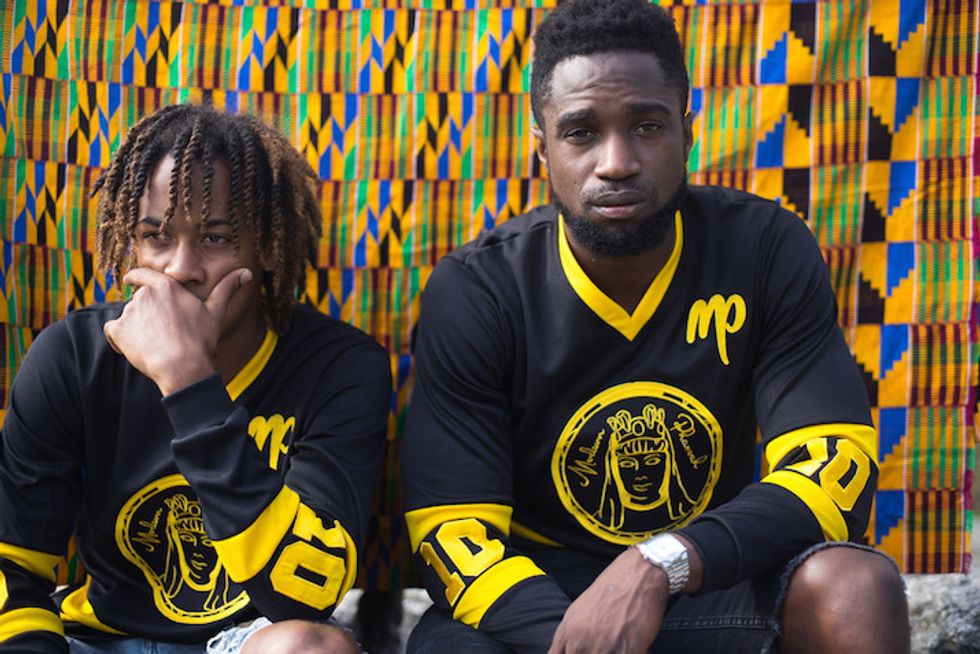 All images courtesy of Modern Pharaoh

California/Massachusetts-based apparel and lifestyle brand Modern Pharaoh is back with a crisp, black-and-yellow jersey detailed with their signature emblem of a female pharaoh. The item is the first in a collection of jerseys dedicated to "great figures of African history." Its inspiration and namesake is Musa Keita (Mansa Musa I) the tenth Mansa– or "King of Kings"– of the Mali Empire, and the richest human being in history according to this study. "From Mansa Musa, we take the hope for progression amongst our people, and humility in every success," the label writes in an introduction to the release.

Founded by Liberian-born creative Adam Smarte (a former MLS player who spent his childhood between Accra, Ibadan, Côte d'Ivoire and Sacramento, California), the brand released a line of t-shirts commemorating Ghana, Nigeria and Cameroon's World Cup bids in 2014. Earlier this year they launched a series of Rugby Collection snapbacks for Kenya and South Africa.

Head to the Modern Pharaoh website to shop their new Mansa Musa Jersey. For more, keep up with the brand on Facebook/Twitter/Tumblr/Instagram.