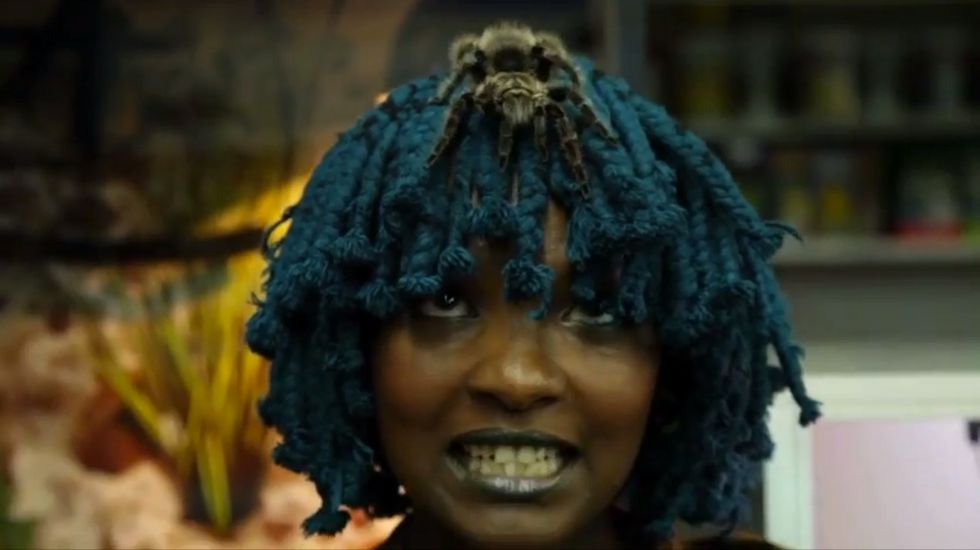 On the heals of a visually stimulating "Go Starring" video last month, South African avante-gardist Moonchild Sanelly's latest visual drop revisits her debut single "Rabubi." A track which we originally spotted back in early 2013, the synthy-smooth collab with BLK JKS drummer Tshepang Ramoba is what first landed the (now) blue-haired ultra-creative on our radar. A year onwards and the joint has picked up momentum on South Africa's 5FM. Its sinister-darlingesque visuals further solidify the rise of a distinctly Moonchild brand of supernatural pop-stardom. Watch the "Rabubi" video below and catch it in deep-house form c/o the Bordertown Remix.