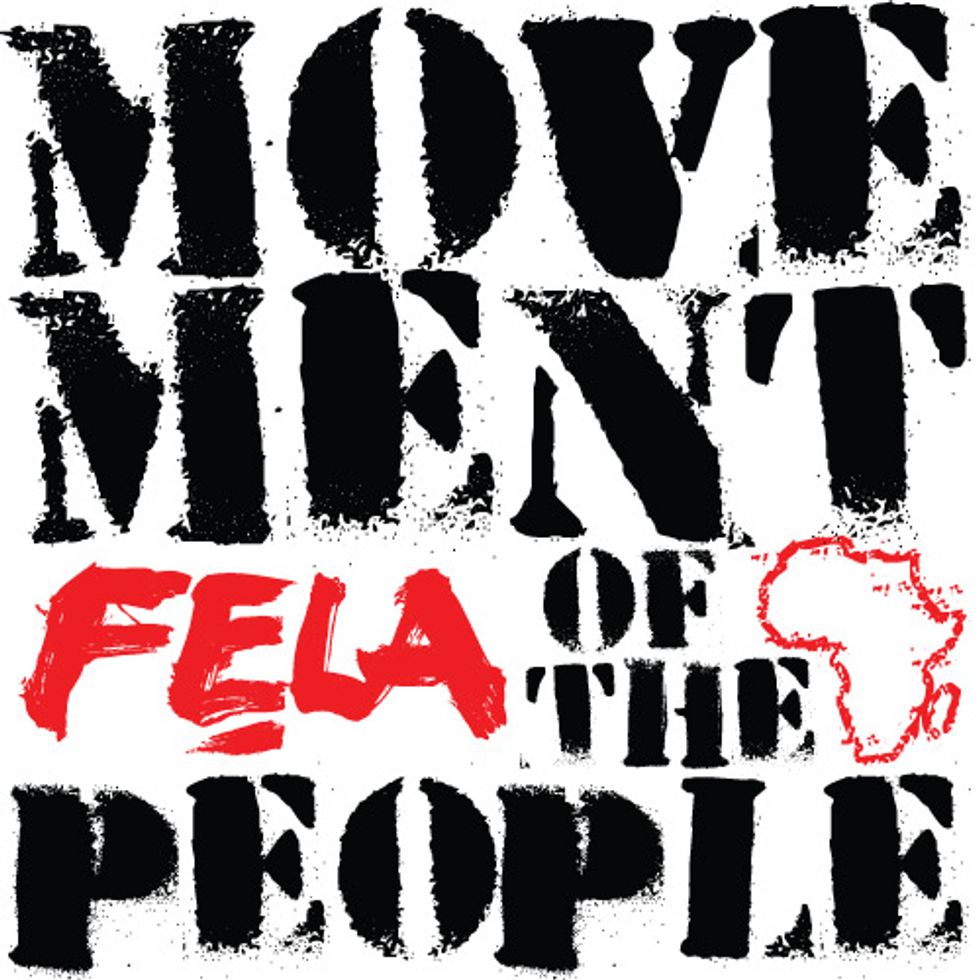 From beyond the grave, Fela Kuti's Movement of the People - the political party under which he ran for president of Nigeria ( think "Black President"), calling on the masses to reject the corrupt and tyrannical rulers across the African continent - has been reborn today.

Fela Kuti was defamed, jailed, and beaten for his refusal to stand down in the face of corrupt and oppressive regimes. He started his own political party, The Movement Of the People, and wrote a corresponding track - a call to action - called "M.O.P. (Movement Of The People) Political Statement Number 1." If he were alive today, he would be proud to watch the people of Egypt, Tunisia, Libya, Cote D'Ivoire, and Sudan, among others, who are fighting for their political and personal freedoms. Like him, they are ready to pay a heavy price to for their transformative subordination.

Come join Fela's Movement of the People, M.O.P., and stand in solidarity with the people of the world fighting for their rights.

Check the official website to get involved - they're offering a bunch of downloads and more, as well as a slew of parties and events coming up around the campiagn.

Below enjoy the song that spawned the movement:

M.O.P. (Movement Of The People) Political Statement No. 1 by knitrecords