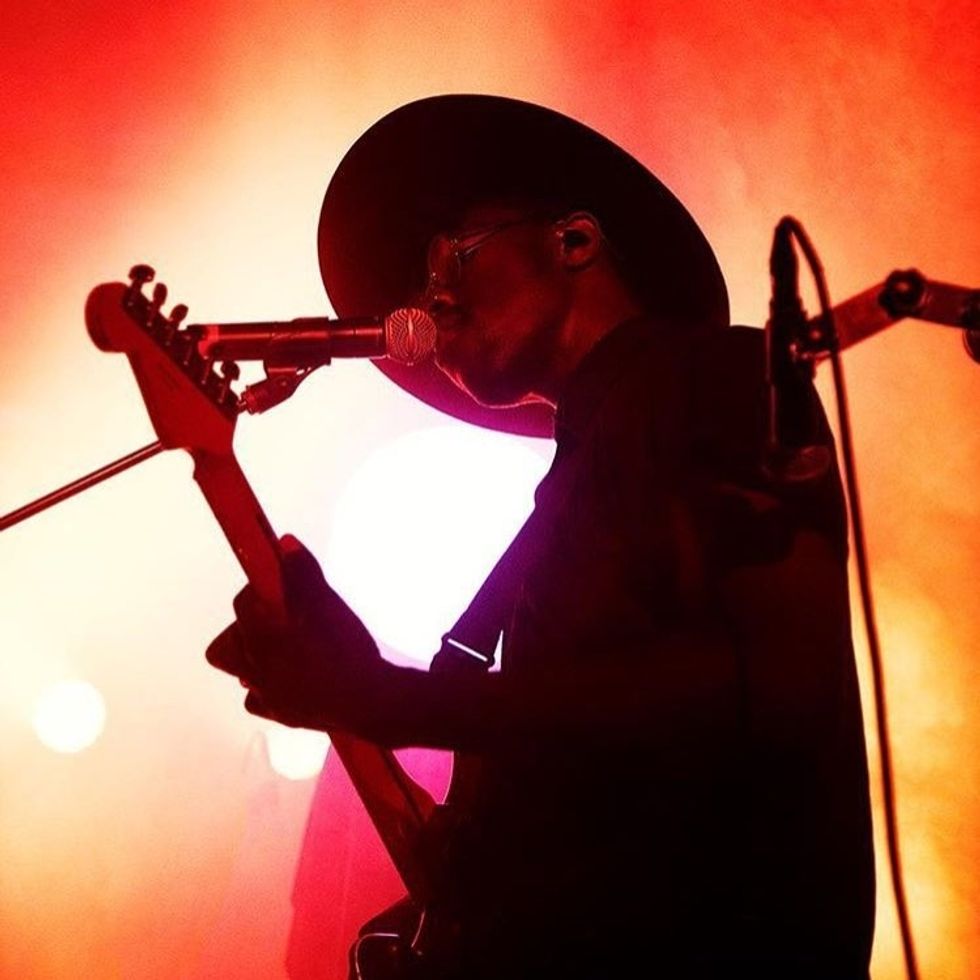 Following protests against the musical SLĀV, Moses Sumney said that he could not perform at the Montreal Jazz festival in "good conscience."

There is always a show claiming that white performers exploring black pain is a necessary artistic pursuit, and Moses Sumney has joined protestors fighting against this old narrative.

The musicalSLĀV is a "theatrical odyssey based on slave songs." The Montreal Jazz Festival Site describes the show as "a remarkable interpretation of the songs, laments and lullabies that united these human beings dispossessed of everything," adding that the show offers "universal links between different known and less known—or deliberately forgotten—pages of history that have led humanity to enslave peoples."

The show, which features largely white performers singing African American slave songs, has recently been protested by artists and activists who described it as "extremely offensive." Artists like Pierre Kwenders pointed out another page of history that the festival was deliberately forgetting—the history of white people profiting off the stories of marginalized groups.

Sumney joined other artists who have critiqued the show, and he decided to cancel his set to host his own headline show tonight at La Sala Rossa.

Explaining the reasons for pulling out of the festival, Sumney said, "When I learned that the festival continued to defend this show publicly, even after adamant protests, —during which one of the show goers (the majority of which where, of course, white) slapped a woman of color protesting the show—I knew that I could not present my music at this same festival in good conscience"

Montreal Jazz Fest put out a statement saying, "Before subjecting them to trial by public opinion, we firmly believe that we must wait and witness the show they will present to us all….[Jazz Fest is] synonymous with a global village where there is no race, no gender, no religion and all human beings are equal."

Sumney has decided to take his show elsewhere, and given the honest and complex ideas he explores in his recent album Aromanticism, a different stage might be the best move.