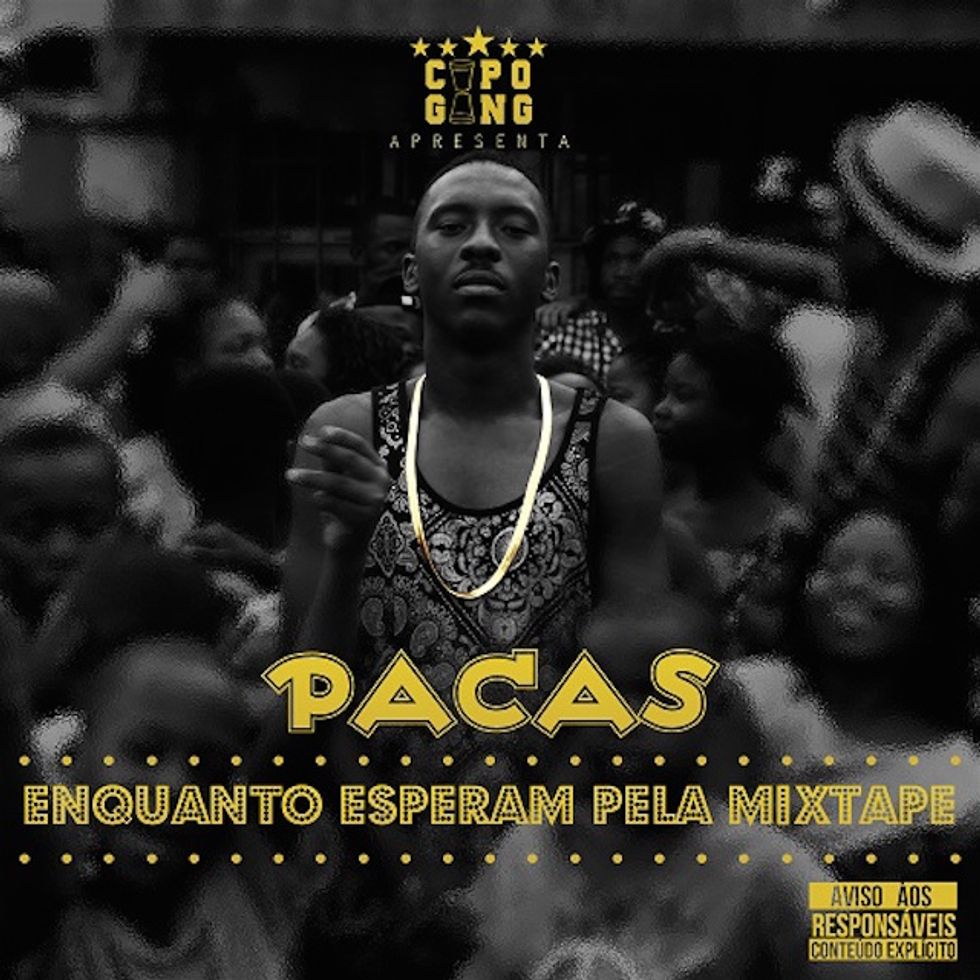 Maputo-based rapper Pacas showcases some sleek Portuguese wordplay on his debut 8-track mixtape Enquanto Esperam Pela. A member of Mozambique rap label Capo Gang, the MC wears his influences on his sleeve, turning in Maputo reworks of recent US/UK hip-hop & underground electronic hits. He kicks things off rapping over elusive producer Jai Paul's "BTSTU" and then runs through an Atlanta-indebted catalog of Future ("Move That Dope"), Rae Sremmurd ("No Flex Zone"), and Drake ("0 to 100," "Pound Cake") anthems throughout the mixtape.

In an e-mail to Okayfrica, Pacas talked to us about his influences, the current state of hip-hop in Mozambique and why he chose to rap over mainstream American beats:

Being a rapper in Maputo currently is not easy if you want to make profit out of it. Currently we spend more money in studio and video shooting but then there is no return and we do it because we love to do it and music is our passion. The state of hip-hop here, I would say [it's] under-developed because many of us here don't live by doing music. We still trying to compete with each other here instead of uniting power, and the rappers are not humble. What made me rap over a Drake beat is that I'm still a newcomer in the music scene here and in order to promote myself I had to rap over popular and "free" beats because they're less expensive, and most of the beats on the mixtape are famous... And very soon I'm going to release an EP with beats made by Mozambican producers.