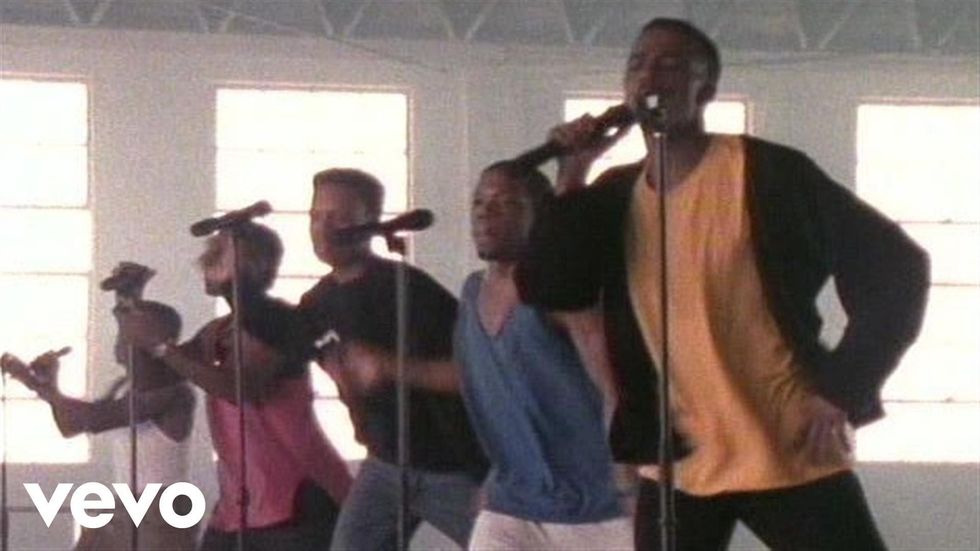 This seamless mashup of Mr Eazi's "Leg Over" featuring New Edition is everything.

DIASPORA—The internet is the gift that keeps on giving, and this seamless mashup of Mr Eazi's "Leg Over" featuring New Edition is proof.

The video made by Haja Tounkara back in March is one that got lost in the endless abyss of internet memes, but it's here again, and it has us trying to memorize New Edition's classic dance moves once again—but this time—with afrobeats as the soundtrack.

Who would have ever thought that Mr Eazi's mellow banger would work so well dubbed over the video for New Edition's 1988 hit "If it Isn't Love?" Well, Tounkara did and we're thankful.

The internet is an amazing place. Watch the full YouTube video below.