From Jollof to Music: The Nigeria vs. Ghana Rivalry Continues Thanks to a Tweet From Mr Eazi 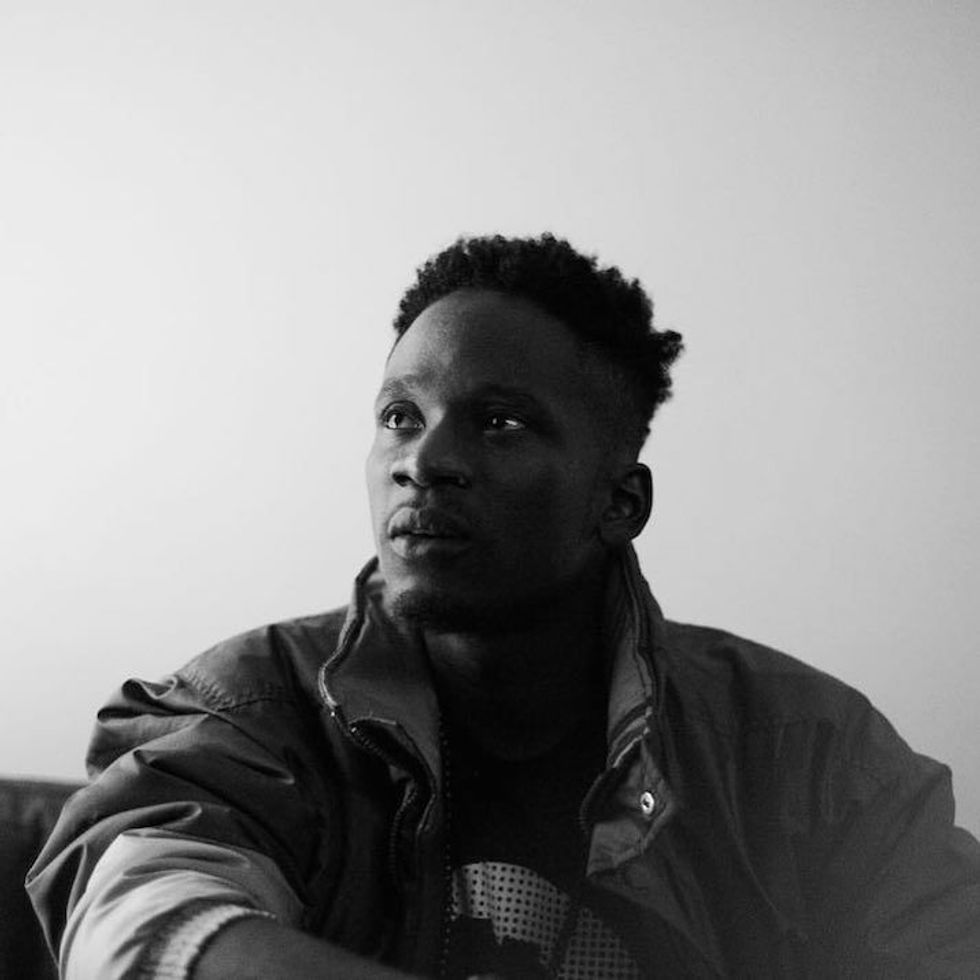 A recent tweet about Ghana's influence on Nigerian music from Mr. Eazi, reignited the sibling rivalry between the two countries.

Perhaps Mr Eazi did not want to have a boring afternoon. Perhaps he needed to drum up interest to promote his mixtape set to drop on February 11.

Whatever the reason, he chose to tweet the simple sentence that “Ghana’s influence on Nigeria music cannot be overemphasized,” thereby setting off a storm of rebuke from Nigerian fans and reigniting the sometimes pointless, sometimes vital rivalry between Nigeria, his country of birth and Ghana, the country where he first found fame and where he has since been naturalized.

What Mr Eazi stated is fact. From early highlife to today’s al qaeda dance, Nigerians have adopted, adapted and later administered to Ghanaians, forms and ideas that were originally theirs.

The shame of admitting to this or ignorance about the two countries' shared musical history will prevent some Nigerians from accepting this, as the knowledge that one’s own culture is imbibed and reproduced in seemingly better fashion by a country with an already unfair advantage in size and resources as Nigeria, will cause some Ghanaians to do the same.

That aside, Mr Eazi’s timing, from one angle, is bizarre. He's now reaching new levels of acceptability after winning the Headies for Next Rated Act last December in Lagos—a homecoming coronation of sorts. The Headies, for the uninitiated, is Nigeria’s equivalent to the Grammys, and so a highlight of the musical calendar.

Unsurprisingly, the rebuke came quick and fast, in memes and mockery, drowning out those in agreement.

.@mreazi "after the Life is Eazi concert, no one is talking about me. Let me yamayama the place. Zagadat." pic.twitter.com/f9AeBfrIH7

Mr Eazi must have anticipated and prepared for this, as Freudian slips do not apply to Twitter (and social media in general). You have the clear option not to pick up your phone and start typing. But that he did and the ensuing storm has led to notoriety. Besides, what's bad press if not more press?

By Mr Eazi’s own admission, he's now getting more bookings than he's ever enjoyed in Nigeria and possibly Ghana, and elsewhere.

in the past 2 days everything has gone Up! Sales, Engagement, Bookings, Rates, it can only be God!! God Wave #lifeiseazi

Hip-hop fans have since become inured to fabricated beefs and fake news to promote new material from artists. Afro-pop fans are no different. The rivalry between Nigeria and Ghana is cultural, in this case, but it also extends to the political.

Ghana gained independence from Britain in 1958, two years before Nigeria managed to break from that yoke in 1960. Ghana’s population is less than 30 million and so one-sixth that of Nigeria’ which is approximately 200 million. Size and numbers do not guarantee higher creativity, but they sure increase the chances—six fold in this case.

Ghana’s electoral process and democracy are way more stable than that of Nigeria, a constant source of shame to the world’s fourth largest democracy. Yet, Nigeria’s economy, with all its attendant troubles and weak naira, is way larger and more robust than that of Ghana.

Statistics is hard data. Feelings are a different matter.

What’s at the heart of this revivified discourse is the question of ownership over creativity. It's an eternal question, one that continues to find new life in any space that will accommodate it.

A recent example of this is “Mad Over You” by Nigerian artist Runtown. The syncopated drum pattern and piano loop that defines the beat is distinctly Ghanaian, but it is produced by Del B, who is also Nigerian.

The accompanying video features models in prints, a dope lift off from Vlisco ads. Vlisco—to those who care—is Dutch-owned, but its appeal in Ghana, Nigeria and most of West Africa goes back generations.

On aggregate, “Mad Over You” is the most played song on all radios stations in Nigeria this year, and is no doubt doing well in Ghana.

While some Ghanaians may feel that their unique sound is being appropriated, others take pride in its dissemination as proof of its distinction, and superiority even.

Should Runtown say that he isn't going to co-opt an infectious sound so as not to be seen as a style-jacker? Or is he, the human synthesiser that he is—as evidenced on the delightfully stewed mix that is his debut Ghetto University— not to utilize as he sees fit, any freely available material and turn it into a winning song, not to mention his biggest yet?

If someone like Sarkodie, who's Ghanaian, jumps on a remix of “Mad Over You," further rooting the sound in its mother-soil, will it make it less criminal? Or will it be considered patronizing to jack a style and then get the country’s— and one of the continent’s—most revered rappers to feature on it in order to placate those who cry foul?

The answer to any of these questions might depend on what type of day one is having, and less to do with threats to one's national sovereignty.

There may never, and should never, be a consensus on the subject. So far as no blood is spilled, God forbids, such discourse and expectant excitement and rancor, can only energize conversations, urge creativity and continue this cultural exchange which, ultimately, is what's most important.

If the first salvo of a tweet was a calculated gamble, it has clearly paid off.

God Took a potentially very Dangerous situation & translated it to Sales Surge, Bookings Surge and Unsolicited Interviews towards My Tape!