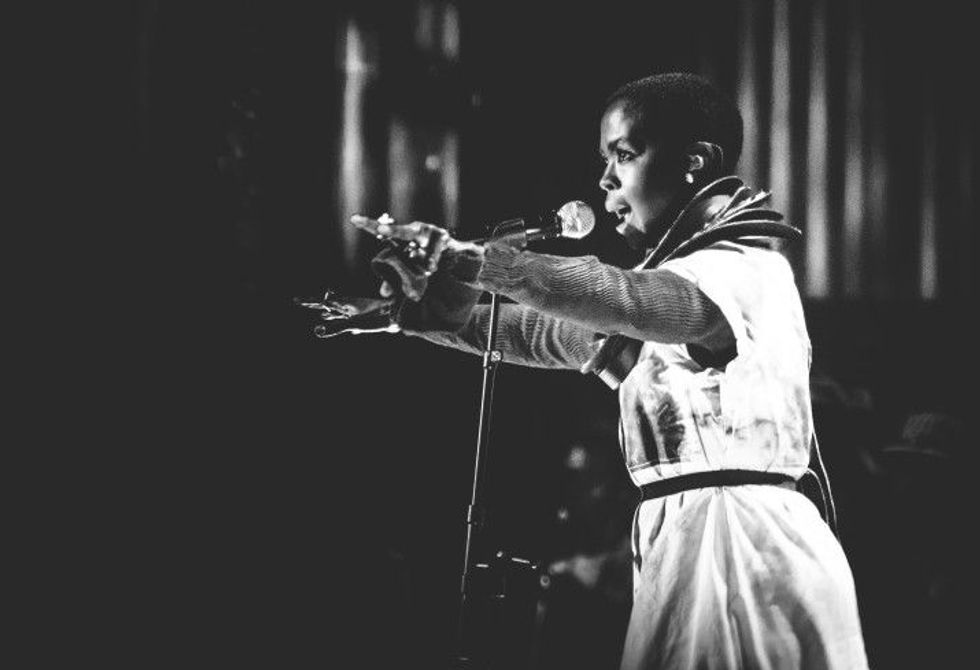 Listen to ‘Rebel/I Find It Hard To Say,’ a new version of Ms. Lauryn Hill’s tribute to Amadou Diallo.

Here’s something no one’s said in a very, very long time: Ms. Lauryn Hill has new music. Sort of.

The song is streaming exclusively on Tidal. If you’re not subscribed you can still listen to a 30-second preview.

Hill wrote "Rebel" about Amadou Diallo, the 23-year-old Liberian-born college student who was shot and killed by four NYPD officers in the Bronx on February 4, 1999. At the outset of the MTV Unplugged version, she explained "It was such a hot time in the city at that point, I was afraid that if I put the record out, people would misunderstand what I meant by 'Rebel' and they just take it to the streets."

The song carries a haunting relevance in 2016 America. “Old tune, new Version, same context, even more relevant now: sick and tired of being sick and tired,” MLH said in a statement.

Ms. Hill is currently in the middle of her Diaspora Calling! tour alongside special guests like Nas, Machel Montano, Kehlani, Talib Kweli, Little Simz, Noname, Seun Kuti, Jojo Abot, EL and a number of other artists from across the diaspora. Head here for the full list of dates.

In more MLH news, the singer pretty much made Nicki Minaj's life this weekend. The two of them–one of whom is the idol and source of a high school yearbook quote for the other one–met backstage Saturday night at the TIDAL X: 1015 benefit concert in Brooklyn. Do yourself a favor and check out their encounter below. It's pretty amazing.