A Conversation On 'MTV Shuga,' The African Soap Opera That Broke Lupita Nyong’o 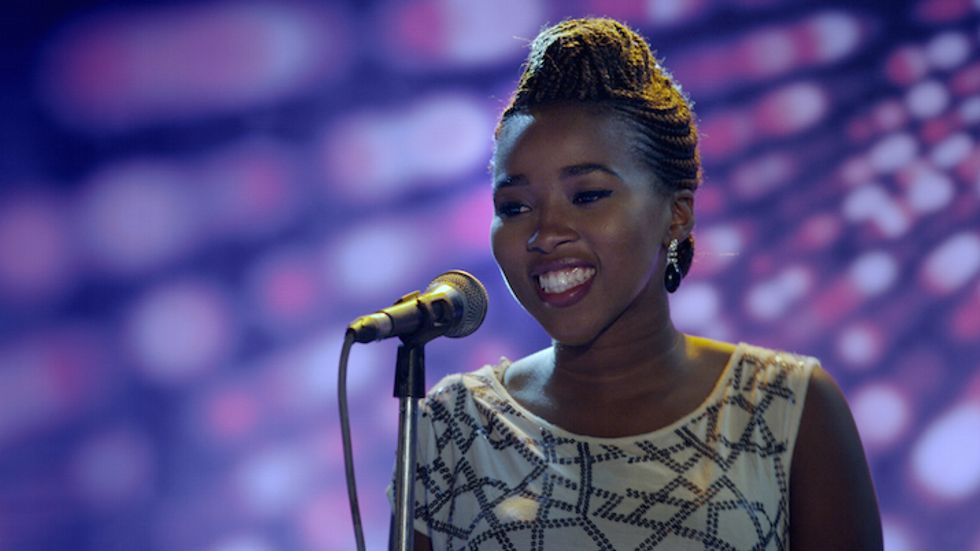 “I think one thing the campaign is trying to do is talk about how HIV and AIDS is not a death sentence,” Lupita Nyong’o said in 2010 interview with CNN. The now Academy Award-winning actress was speaking about her first major role, as the star of MTV's hard-hitting, Kenyan-set soap opera.

Shuga, a sex and relationship drama slash multimedia campaign, launched in 2009 as an MTV Staying Alive Foundation and MTV Base Africa initiative to raise awareness of HIV and AIDS. After two seasons of heartbreak, love, lust, peer pressure, sex, relationships and rejection in Nairobi, the show moved to Lagos in its third year.

Now in its fourth season, the show continues to entertain with gripping storylines that tie in messaging about sexual-health for young audiences on the continent.

On World AIDS Day today, we share our conversation with Georgia Arnold, Executive Director at the MTV Staying Alive Foundation and Executive Producer of the African soap opera that broke Lupita Nyong'o.

Okayafrica: Can you let us know about some of the key decisions regarding the creative and production process of Shuga?

Georgia Arnold: The most important decisions around a new series of Shuga are taken right at the beginning: what are the messages that we want to put across to the audience, which characters will be involved in each message storyline, and ultimately, what do we want the audience to think, feel and do? With Princess's character in season three for example, we always knew that in season four, we wanted her to be both HIV+ and pregnant, and having to deal with all the issues that HIV+ pregnant–and young women, in Princess's case–have to deal with.

How do you measure success for Shuga?

There are lots of ways that we measure success with Shuga: What is the audience reaction through social media? We obviously want them to love it! First night of premiering the new season, we trended on Twitter in Nigeria with amazing responses from our audience there.

Our reach. Shuga is given away to any broadcaster–TV and online platforms–for free. This year, we're reaching our biggest audience yet: 122 broadcasters, 72 countries globally, 80 percent of all countries in Africa, and all continents except Antarctica–we're still looking for a broadcaster there!

Our ratings. TV ratings across African broadcasters are often hard to get, but through online, we know that.

To-date, series three had already been viewed over four million times on YouTube and iRoko. We hope to smash that with series four.

Action taken by our audience. This year in Nigeria, we trained up 160 young people as MTV Shuga educators, counsellors and testers. Over four months, they tested 47,642 young Nigerians for HIV. That is success.

What do you think the biggest lesson other brands, marketers, charities can learn from the MTV Shuga campaign?

For me, it's the breadth and depth of Shuga that helps it to have such an impact. It's so much more than a TV show. Launching in October is a Shuga radio series and a comic book that extends the storyline around gender-based violence. We have a strong digital footprint and connection with our audience, two-way SMS and whatsapp communication with them. We produce on-the-ground MTV Shuga Festivals, and we have our MTV Shuga Ambassadors who run the testing campaign. Oh, plus the MTV brand. So the lesson is that you have to really understand your audience, get to where they are on every platform that they operate–on and off line–and you need to be trusted by your audience to have impact.

Everyone seems to want a version of Shuga in their country–how do you respond to all of these requests?

With frustration on my part that I can't say "great, let's start production tomorrow.” I would love to see MTV Shuga expand into different countries. It takes time, building up partnerships–especially with the government of each country we work in, we have to work hand in hand with them, and it takes funding. MTV Shuga is run through our not-for-profit charity, the MTV Staying Alive Foundation, and to date, we've partnered with the Governments of Nigeria and Kenya, the US Government, UNICEF and UNFPA, and the Elton John AIDS Foundation.

The show also does a good job of finding African talent, including Lupita Nyong’o. What is your casting process for a show like this?

We are so proud of Lupita and where her career has taken her after playing 'Ayira' in Shuga. When we're casting, we work with local casting agents to put forward local actors, but we also hold open casting sessions, because you never know where you'll find your next Lupita!

What does the future hold for Shuga and The MTV Staying Alive Foundation?

Ah, the money question! It's great that MTV Shuga has such a devoted and growing audience across Africa. But it's also amazing to see the actions our audiences are taking–getting tested; that there is less stigma towards people living with HIV etc–and so we're working - right now - on how we scale MTV Shuga both up, and outwards: producing more series but also making sure we're getting it into the hands of young people - as widely as possible. Watch this space!