Remembering Muhammad Ali as a Beacon for a Life of Service 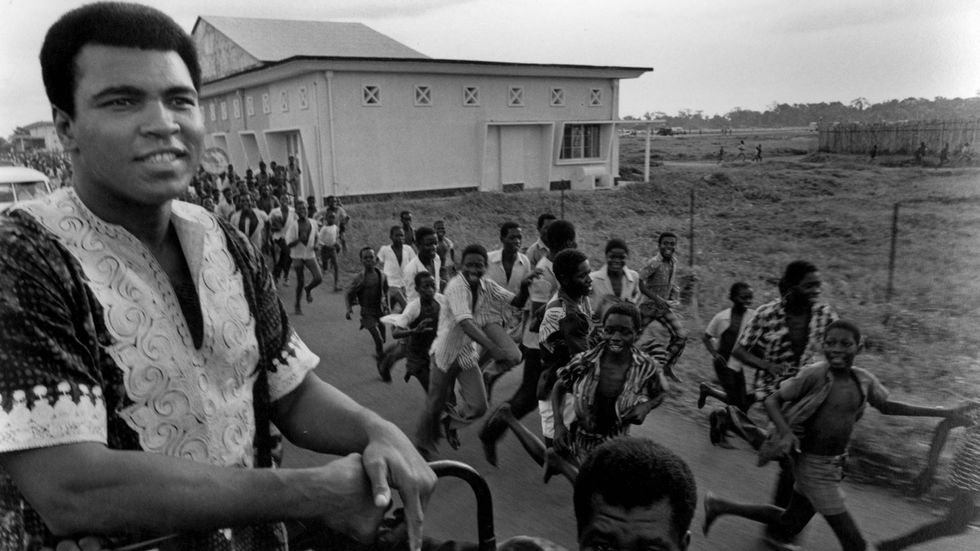 During the late Muhammad Ali's prime he was hated by many, but was loved by the oppressed and an influence for this Okayafrica contributor.

As a fatherless black boy from Tennessee, no man had a greater influence on my life and its purpose than Muhammad Ali. After God and my mothers, the beautiful and boisterous humanitarian that used boxing as his platform was my most faithful guide to self love, the love of my community and the African Diaspora.

Though widely acclaimed as a global icon in his later years, a central truth of Ali’s life should not be overlooked. Namely, that in the prime of his life he was among the most hated men in America for his embrace of Islam, for his uncompromising convictions on racial injustice towards African-Americans, anti-colonialism in Africa and refusal to take part in the U.S. war in Vietnam.

In contrast, these very convictions are what made Ali beloved by oppressed peoples across the globe, who suffered unjustly as a result of their racial, religious or ethnic identities. This is the Ali that would become my hero and example.

Like Ali, coming of age in the American South, I was no stranger to its dark history of racial oppression. While young Cassius Clay faced the de jure segregation of the Jim Crow era, I was confronted by the de facto segregation that tainted the 1980s. Its dankness seemed to hang in the air—and I sensed it in the furrowed brows and frustrated whisperings of my elders, who had borne its weight for decades. It was also apparent in the segregated, rundown and often violent communities in which circumstance forced us to live. As the decade went on, the racialized violence which marked the Jim Crow Era would collide with the innocence of my youth.

On April 26, 1987—following a dispute over cheap toys at a makeshift flea market—three Ku Klux Klan affiliated whites kidnapped, tortured and murdered my childhood friend Kerrick Majors. After tying him to a tree in a wooded area, they promised to “take him back to the days of Roots”—a clear reference to the brutality visited upon Africans during the transatlantic slave trade. Over the course of four hours, they would repeatedly demean him as a nigger while burning, stabbing and mutilating his body until he finally succumbed.

During that time, Ali burst into my consciousness through a series of books on prominent African-Americans gifted to me by my mother. I remember being immediately enthralled by his status as both a world class athlete and a global citizen, warmly received throughout Africa and the Middle East. Noting the parallels of our early lives, and Ali’s evolution as a spokesman—linking the struggles of Africans and African-Americans alike, he shattered the boundaries of what I then believed to be possible for my life.

The boundaries were shattered to such an extent that I both hurled myself into the study of Africa and its peoples, and convinced my mother to let me sign up for boxing. My journey in boxing lasted all of one day, but fortunately my passion for service and my love for Africa and its Diaspora has bloomed into a career in international affairs that I hope will last a lifetime.

For me, Ali’s enduring legacy can be found in these words, which he spoke from then Zaire, just days before his famous fight with George Foreman in 1974:

In eulogizing Malcolm X, the late Ossie Davis referred to him as “a Prince…our own Black Shining Prince,” and from the darkness of my humble beginnings to the light of my chosen life of service, Muhammad Ali is just that to me—a Black Shining Prince.

Travis Adkins, most recently served as the Democratic Staff Director for the Subcommittee on Africa in the U.S. House of Representatives and worked in humanitarian and development efforts in over 50 nations in Africa and the Middle East. He has served as an adjunct professor of international affairs with New York University and as an International Affairs Fellow with the Council on Foreign Relations.