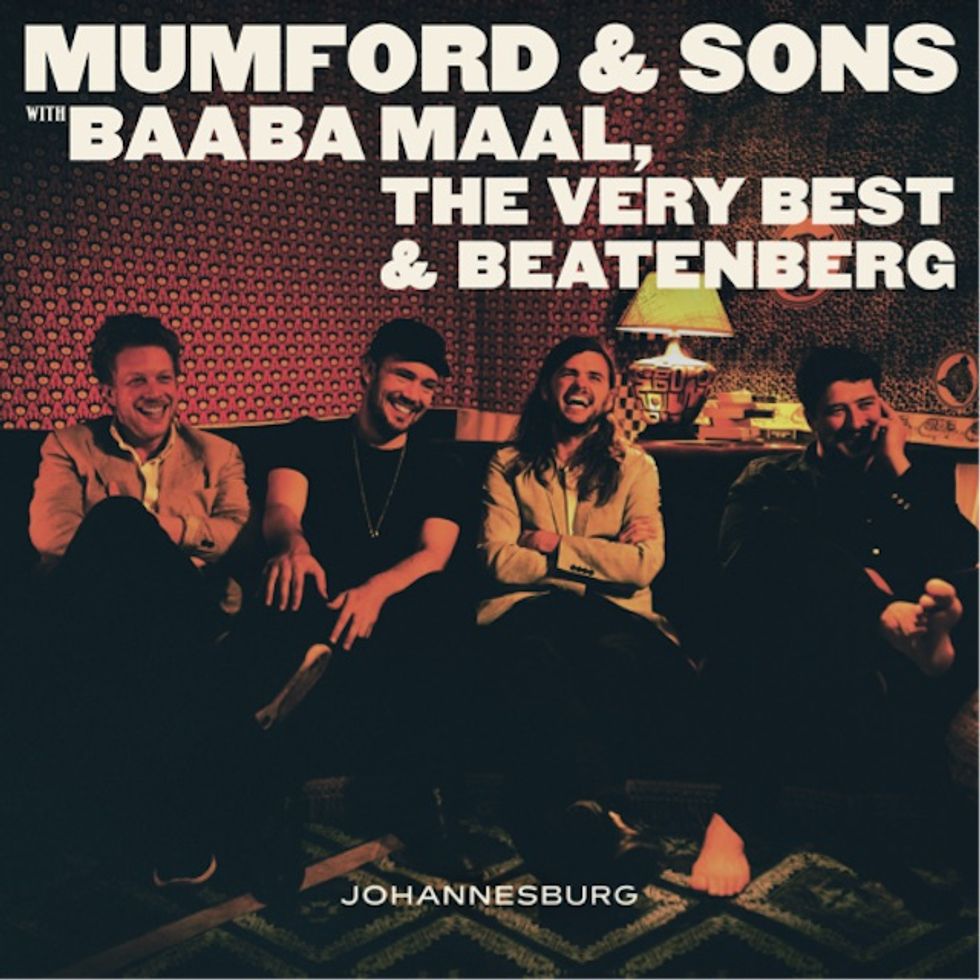 Mumford & Sons have shared that they'll be releasing a collaborative EP with Senegalese legend Baaba Maal, The Very Best and Beatenberg.

The forthcoming Johannesburg EP will include 5 songs inspired by the British band's recent tour in South Africa that feature "afrobeat rhythms, Esau Mwamwaya [of the Very Best] and Baaba's voices and languages, over Western songwriting," according to Marcus Mumford. The EP was recorded at the South African Broadcasting Corporation in Johannesburg over  two all-day and all-night sessions.

Mumford & Sons' Winston Marshall was featured on Baaba Maal's The Traveller, which came out earlier this year. Revisit our interview with Baaba Maal about that album, which was produced by The Very Best's Johan Hugo.

Stream "There Will Be Time," the lead single from Johannesburg and watch the EP's trailer below. Check out the EP's track list underneath and all additional info on the release here