Meet Musa Okwonga, Poet, Musician and Activist Standing Up Against Xenophobia One Line At A Time 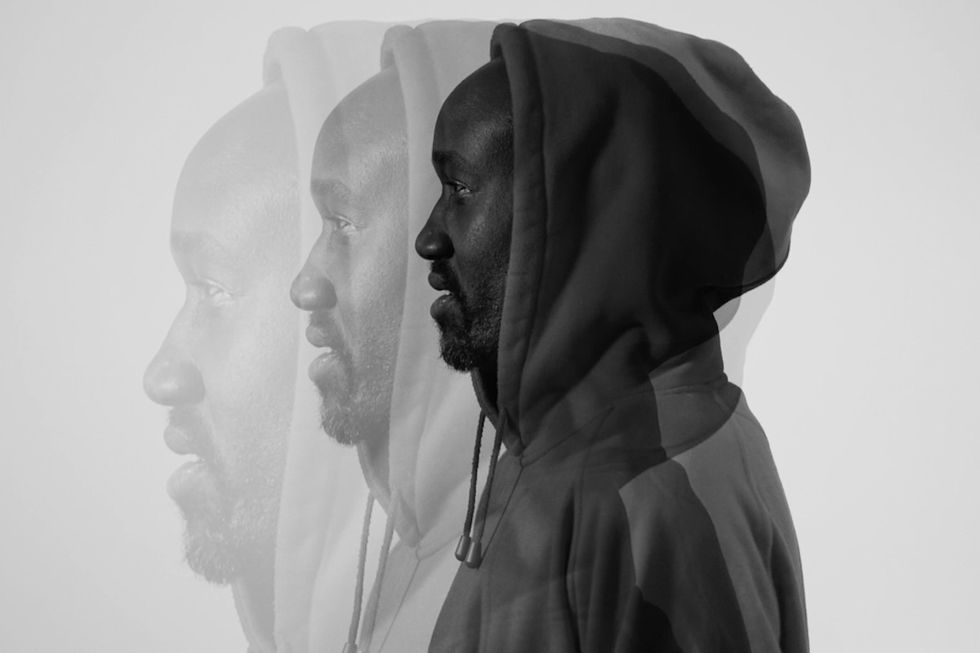 Courtesy of the artist

We talk to the artist about leaving London, being a migrant and resisting Germany's resurgent fascist movement.

A German TV channel recently announced a TV debate on whether Germans should still be allowed to say the N-word.

One of the announced panelists was Frauke Petry, the former leader of the AfD—a German far-right party that recently got 14 percent of the vote in local elections. Petry openly called for the return of Nazi-era terminology in public. This issue might have remained hidden for anglophones if it wasn't for the British writer, poet and activist Musa Okwonga who called out the TV channel on his Twitter account. Eventually, they cancelled the show.

Okwonga moved to Berlin three and a half years ago after tiring of the UK. "Every time I was returning I was less in love with the country, and felt less excitement," he says. He moved to Berlin, "a good and difficult city at the same time" for the artistic energy that permeates the people and space.

Musa Okwonga has had some great professional achievements in Germany. He signed a record deal with his band BBXO and their first single "Hard way to travel" got into the German chart.

The following has been edited for length and clarity.

Do you think it was the right decision, with Brexit in the UK and the recent scandals plaguing the government and their strong anti migrant rhetoric—especially the Windrush scandal—as well as the rise of the AFD in Germany?

I love Berlin. I have had achievements that wouldn't have happened that fast in London. They are fewer black people here than in London and it means more space to be black in a different way. But right-wing parties are rising all over Europe and it's a conversation that has to happen. Research shows that these votes are not primarily motivated by economic anxiety but by xenophobia and racism and it does say something about the current climate in Berlin. It's happening in the UK very quickly as well. People are leaving the country because of the referendum. From mainland Europe, the island is not seen as welcoming anymore.

Brexit is an absolute disaster. No one will forget the last weeks when they went full on xenophobia. It soured how I felt about the country.

It is obvious that no matter what, whether it is the UK, the USA, France, Germany, Greece, etc, people are greatly underestimating or at worse, disregarding the reach and extent of the far right. Why do you think this is?

People are too complacent and we shouldn't be about social progress. If we take the example of the holocaust, before that, things were moving forward in Europe. Jewish people were integrated at each level of society… and then it happened. And it may come back. People think that you're dramatic but if you don't see the warning signs, you're trapped. Even with Trump, people were mocking him, but it wasn't funny for black people. People kept saying his presidency wouldn't be that bad, but it has been worse.

If you allow, let's say, the Windrush scandal to happen, you give the government power to revoke citizenship just like that. It will be seen as normal. And they may get away with it because we live In the age of eternal fury. They just bet the storm will pass. If in a few years, they will say we will revoke citizenship from criminals, no one will complain.

People say things can't be that bad, but they can be. Older German people told me that they're recognizing some of the things they saw in previous times. The far right have 16 percent of the national vote, and some of the bigger parties use their rhetoric for political gain. The German secretary of state said "Islam doesn't belong to Germany. Why are people so fine with it? Why is the general public not angry?

Just like how diverse and varied European food is, racism has its own distinct flavors and taste from one country to another one. What's the difference between the racism you've lived back home in London and your daily life in Berlin?

From a personal point of view, I remember realizing, when I first moved to Europe, black guys seemed to have a bit more outward swagger, almost as if they needed it. London is one of the least prejudiced cities for black people in the continent. But elsewhere you have to have a thicker skin. I used to take it personally every time I would get micro aggressions.

People would randomly asking me for drugs because of my colour. Now I fight back but I had to learn that. From a political point of view, the far right in Germany is more organized and of a greater magnitude compared to the UK. There are, however, many grassroots anti-racists organizations like Berlin gegen Nazis, Amadeu Antonio Stiftung and Black Lives Matter Berlin. In 2017, they organized a march (one of the largest in Berlin). They've also organized many campaigns, the latest one to change colonial names in Berlin.

Do you consider yourself a migrant or an expat?

I'm a migrant, first and foremost. I'm not white and it reminds me not to be complacent. I understand the word "migrant" carries a stigma. I own that. The only thing separating me from people in Greece or Spain is where I was born. The expats, they see the storm hitting people around them and believe it won't hit them. I can't afford such luxury.

What advice would you give to someone, especially a minority, who have the itch to settle abroad?