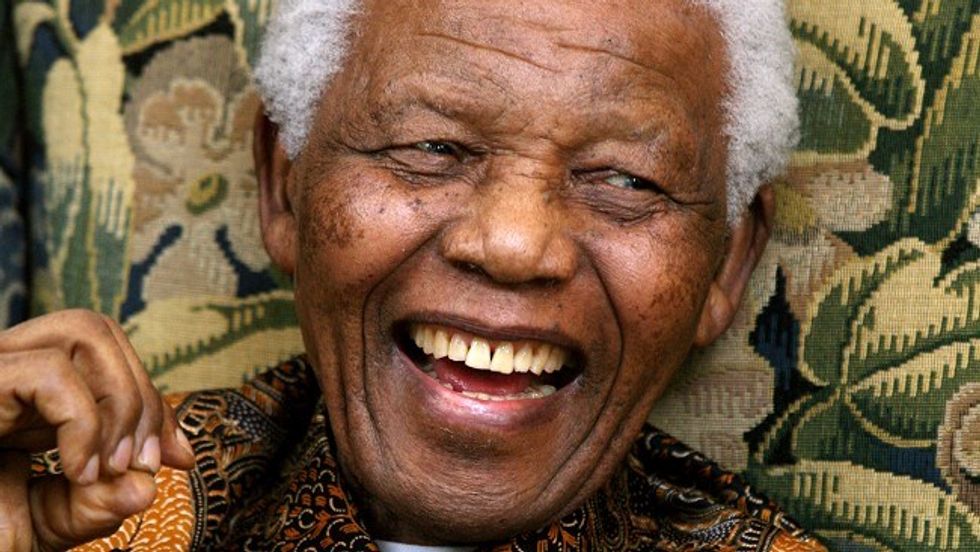 We talk to South African musicians about what to expect in South Africa after Mandela has passed.

With Nelson Mandela recently in hospital, the narrative of "the real revolution" taking place when he passes has resurfaced - as it does every time he falls ill.

Some say he is the glue that holds South Africa together, and once he's gone, the country will unravel. This goes hand-in-hand with the annoyingly pervasive theory that oppressed South Africans never received the "cathartic" experience of a bloody revolutionary war - out of respect for Madiba, "the people" wait for his passing to truly revolt (but against whom at this point is unclear - whites? capitalism?). Others dismiss this theory as senseless fear-mongering.

We asked South African musicians their thoughts on what will happen in South Africa after Mandela. One thing they all agree on is that Mandela is NOT the glue that holds the country together - whew. Here's what they had to say:

There is no question that a certain demographic of South Africa feel that when Mandela passes they will be subject to a backlash. Obviously, that demographic is white and mostly Afrikaner - particularly the Boere.

Now this is obviously nonsense. It will not happen. With the emergence of an extremely affluent black middle class will those who now wear Louis Vuitton and drive Mercedes and Bentleys put that aside to pick up a panga, turn guerilla and fight for those who don't? Nope. Will those white upper middle class and business elite suddenly find black South Africans (poor, middle class or otherwise) with pangas outside their houses by the hundreds demanding to be let in to take over the land now Mandela has died? Nope.

This is not to say that SA does not have problems with race and money and where those two subjects meet or divide. Because it does. Big time, that goes without saying.

It's merely conjecture from some strange part of this country on Facebook pages and forums and no doubt in real life conversation too.

South Africa is born from a siege mentality. It's something all South Africans share regardless of race. Fear of the Other (white, black or coloured) trying to destroy them.

If there is a glue to this country, it's not Mandela. It's the mutual mistrust each race has of the others that unites them, that is what they all share regardless of money or power. Which is quite sad when you think about it because individual thought processes like that tend to be a government's fault.

He'll die, people will mourn and eventually people will go back to getting on with their lives and talking kak about each other. That's how it is.

I say get a grip.

I say it's nonsense.

He's old (and not holding the country together), let him die in fucking peace.

It's a bit insane to assume things will fall apart when Mandela passes. The media is obsessed with his death because of the money they stand to make from it. Otherwise the people understand that he is old and ill, and on his way home.

It will take a radical catalyst character to use the tragic death of one of the greatest leaders as an opportunity to rally people up against whatever perceived enemy.

I think the country is more concerned about his health and possible passing, than they are about fighting when he dies.

I'm not sure who would want to revolt after he dies and why, but i really do believe that his health is what's on our minds right now.

I think that we are dealing with a lot of issues in the day to day in South Africa - some that do flare up in incidents of violence, things like the many service delivery protests or the xenophobic attacks that occurred a few years ago...many things that are pressing issues here and many of them unresolved. And we are also quite a violent society, something that I think is a result of the scars that apartheid left us with as a nation.

Madiba is a highly revered figure worldwide and in South Africa and I think that on the whole most people feel a huge amount of respect for him -- even if some also may not agree with the quiet diplomacy approach he took to the ending of Apartheid and the concessions he made to the National Party and white South Africans, especially economically....certain concessions that have not necessarily been resolved for all South Africans.

I certainly don't believe he is the glue that holds the country together, he is of course a huge part of our story as a nation and will always be that, living or not and the country would definitely come to a stand still at the moment of his passing in order to commemorate and acknowledge him as an extremely significant historical figure, not only for ourselves but the entire world and it's quest for peaceful coexistence on this planet.