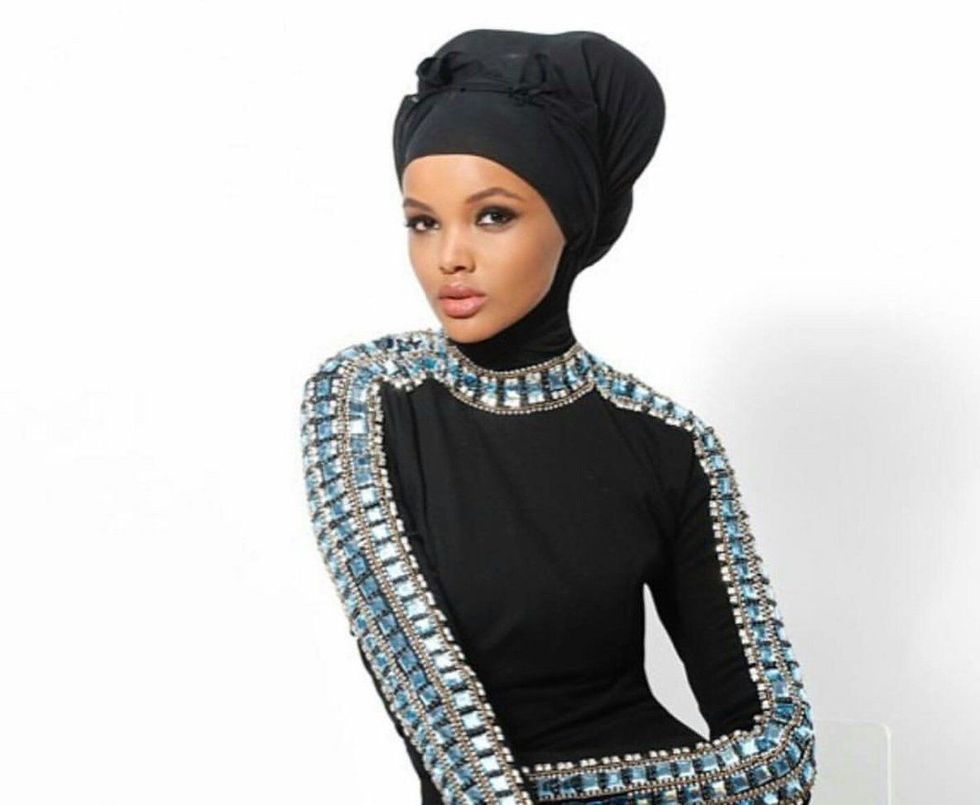 Somali-American teen, HalimaAden, broke serious ground last November, when she became the first Somali-American woman to compete in Minnesota's Miss USA pageant, and the first woman to wear a "burkini" and hijab during the competition.

Aden rocked the competition and challenged misconceptions about Muslim women. She left an unforgettable  impression on the pageant world.

Now she'll do the same in the modeling world. The 19-year-old recently signed a deal with IMG models, and is set to make her runway debut tonight during Kanye West's Yeezy show for New York Fashion Week, reports Business of Fashion. Let's hope Mr. West has a better concept for his show this time around.

“I wanted to spread a positive message about beauty and diversity, and to show other young Muslim women that there is room for them,” said Aden.

We'd say she's off to an amazing start!