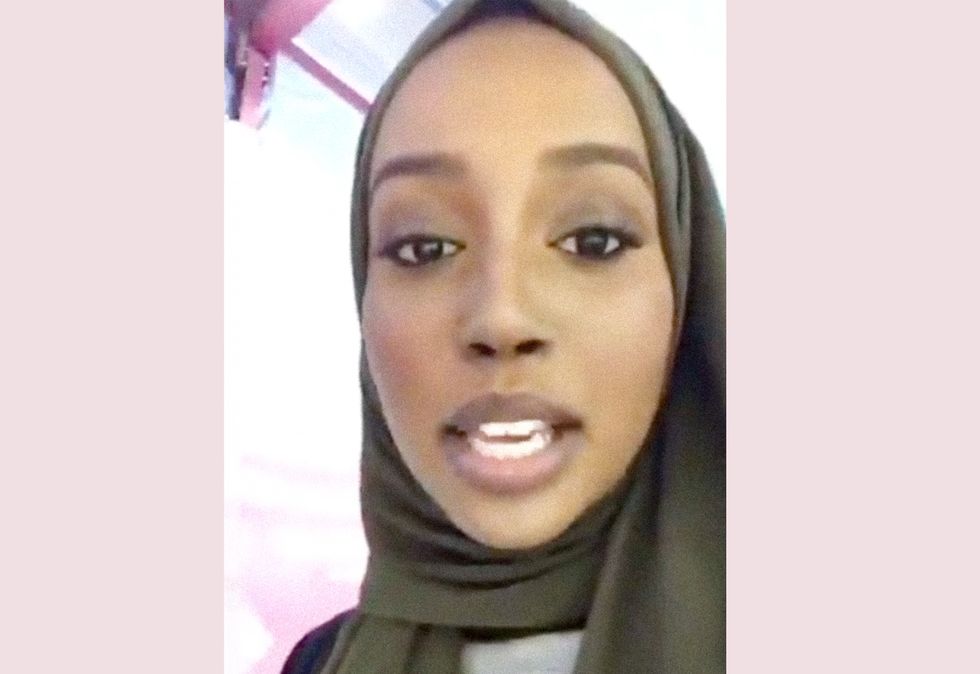 "Islamophobia is rife—it's real" says this woman in a now viral video.

In case you need to be reminded, Islamophobia is real and it has a genuine impact on Muslims trying to go about their daily lives. As @grimworldview says in her now viral snapped/tweeted video, while she and another headscarf wearing companion were attempting to fly from London to Rome, they were targeted interrogated for two hours and had their DNA and fingerprints taken.

A friend and I were detained under Schedule 7 of the Terrorism Act when flying into Rome. They seized our phones and our luggage. I was fingerprinted/ DNA sampled/photographed/interrogated and missed my flight. I am so tired of the vilification of people like me. Pls RT pic.twitter.com/3EPHDXTxp2
— 🌞 (@grimworldview) December 11, 2017

While seemingly random, the legal framework that allow officers to do this in the UK, as @grimworldview notes is Schedule 7 of the Terrorism Act. According to a Guardian article last year Special Branch officers have randomly stopped and questioned "up to 85,000 travellers a year at Britain's ports and airports."

A study by the equalities and human rights commission found that schedule 7 was having the "single most negative impact" on British Muslim communities. "For some Muslims, these stops have become a routine part of their travel experience" and the power "is silently eroding Muslim communities' trust and confidence in policing," it said.

Meanwhile in the United States, laws already stacked against Muslim travelers were given a boost when the Supreme Court ruled that Trump's latest version of a ban on travel to the United States from six Muslim-majority countries could go into effect, even as lower courts debate its constitutionality.

How that kind of high-level Islamophobia trickles down to the masses is hard to quantify but anecdotally it seems to be rife among Trump supporters. Another video went viral last week of a woman confronting a family of Trumpists after they referred to her 5-year-old cousin as a terrorist. Watch it below:

Rania Yasin, the woman who filmed the video's cousin, then posted it on Twitter where the racists were quickly identified.

Twitter do your thing. Identify these people they were calling my 5 year old cousin a terrorist. Thanks pic.twitter.com/gCQuvCXzZD
— Rania (@ryasinn) December 11, 2017