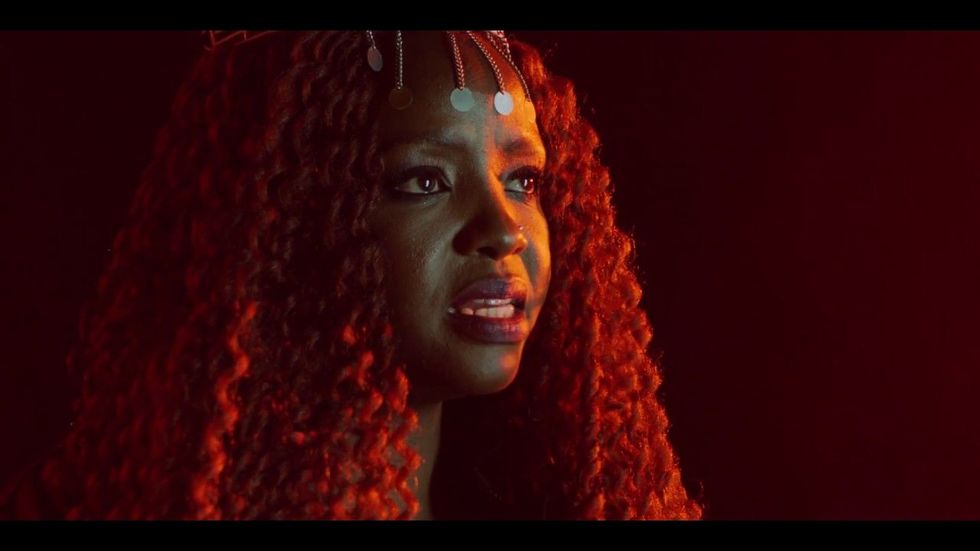 MDQ tackles the alarming social issues Kenya is faced with in her new music video and single "Kenyan Message."

The timely tune tackles the alarming social issues Kenya is faced with, including the widening wealth gap, ineptitude in government and the doctor’s strike that made headlines since it started in December 2016.

“Kenyan Message” is a tribute to Grandmaster Flash and the Furious Five's classic song, “The Message,” except that in this version, the multi-talented MC effortlessly switches between English and Sheng while addressing the frustrating state of affairs.

Throughout the track, MDQ talks about socio-economic disparities and expresses her disappointment with the out-of-touch ruling class. Her witty punchlines are translated in English for non-Swahili speakers in the video captions.

The Blankets and Wine entrepreneur worked with producers GR! and HOOK on the track, while the video was directed and shot by David Baumaan of Artaban.tv. The Kenyan clothing line, Bongosawa, decked out the dancers for the video in their popular tees.

MDQ is using her art to make a powerful political statement about the need for change, much in the same way old school hip-hop did. Her sophomore album is due this April.

Watch the politically-charged video for the track above and read a statement from MDQ ahead:

"'Kenyan Message' is a rallying call, a wake up call, a call to action. This is an artist using her voice, her platform to tell everybody who is Kenyan that we can do better, because we are better, we deserve better, we are able to change our circumstance, we are able to design the country that we want, the situation that we want and it’s truly up to us.

I feel that all over the world, particularly in America, you have people mobilizing, people coming together and say 'we want more' to the leadership and 'we deserve a certain standard of living.' And these are ideals that we are not willing to give up for any leader or for any government.