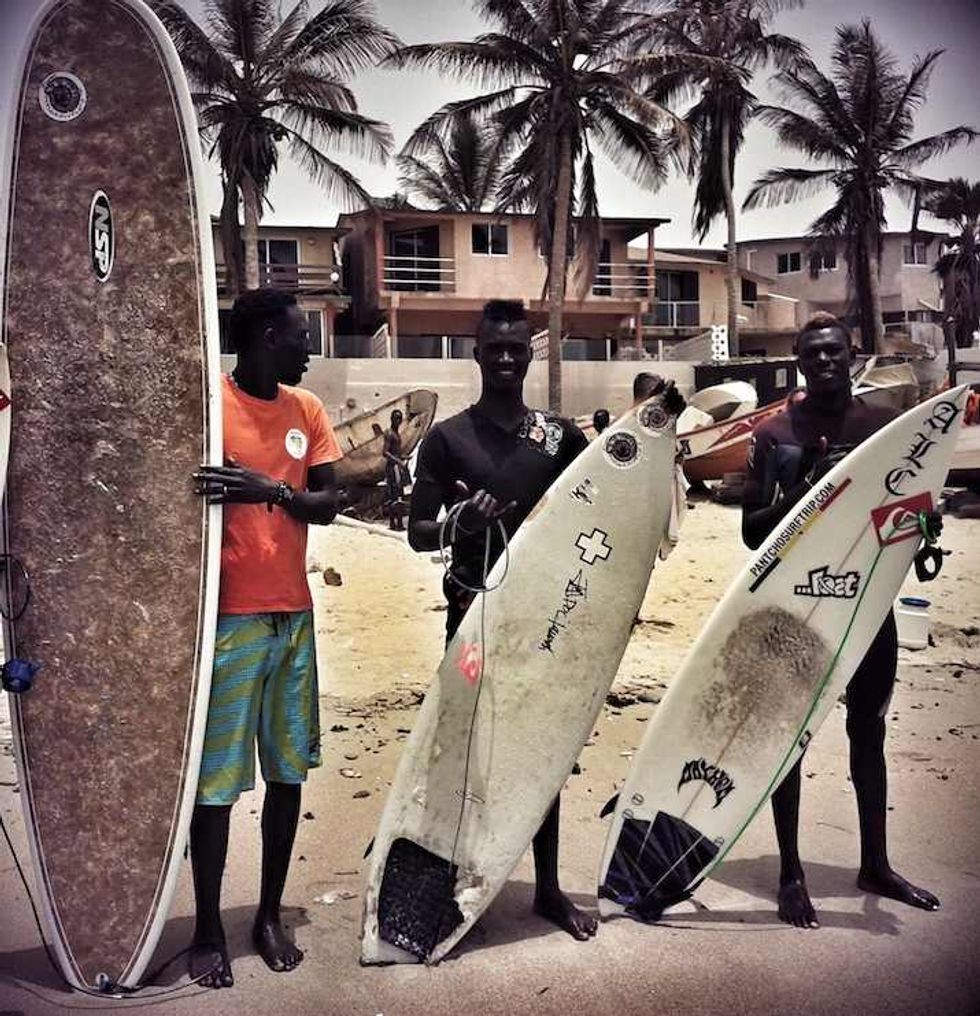 Documentary web series 'My Africa Is' returns for season two in Dakar, with episodes on Senegalese rap news, hip-hop dance, and surf school.

My Africa Is, the documentary web series that brought us “The Lagos Chronicles” last year, is back again with a new season in Dakar. Filmed on location in June, the second season, “Edition Dakar,” brings us three stories of innovation and achievement from the coastal city. "From our perspective, My Africa Is is a movement driven by a deep conviction to show cultural Africa's diversity," says the show's executive producer / director Nosarieme Garrick. "Season 2 is a significant milestone that we hope continues to turn the page on outdated and misinformed perceptions of the continent." Watch all three episodes below.

In the first of the five-minute installments, we're introduced to Le Journal Rappé, a weekly online news show created by Senegalese rappers Xuman and Keyti, who deliver the headlines in both French and Wolof rap. Their news program and its creative method of delivery, which has helped strengthen youth movements like Sunu2012, has since been imitated by people in countries like Jamaica, Vietnam, and Uganda.

In episode two the My Africa Is heads to the Sunu Street Project, where we meet Khousia, Nach, and Naima. They're the three women behind the Sunu Street Project, a dance company that aims to validate urban dance in Dakar. Since the 80s, hip-hop has been hugely influential in Seneglese youth culture, particularly dance. In pushing away the negative feelings surrounding hip-hop, the project looks to focus on the respect, solidarity, and training that comes with their dance.

The final installment shares the story of Malika Surf Camp, one of three surf schools in Senegal. In the episode we're introduced to two local surfers, Talla and Khadjou. Talla, who taught himself to surf (which at first meant using a broken board), now instructs at the camp and competes internationally, with hopes of continuing to compete and gain more recognition. Khadjou is one of two local female surfers in Senegal. She shares her optimism that more women will lose the fear surrounding surfing. We also meet Malika Surf Camp founders Marta and Aziz, who see surfing as a way to help Dakar’s economy through positive tourism and job creation.