My Breasts Are Not Inappropriate: Fighting Google Censorship 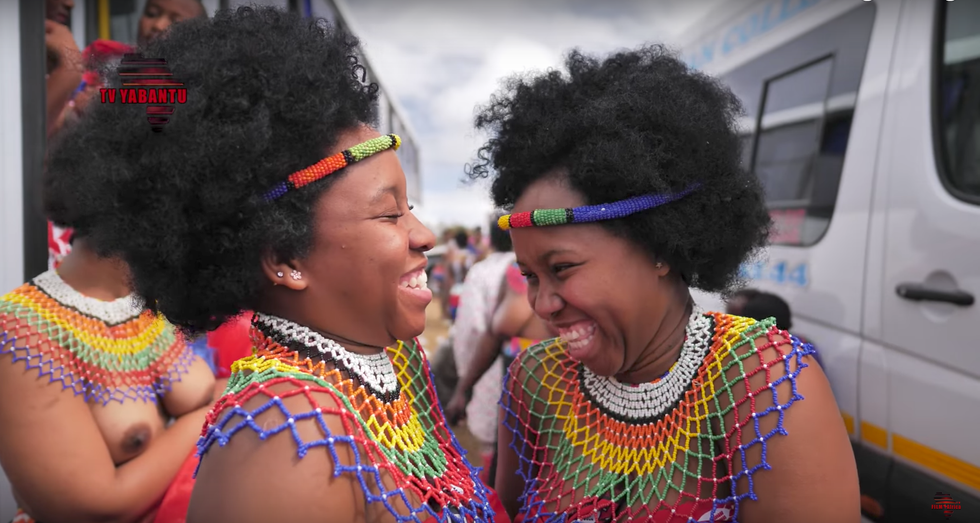 An online media company whose mission is to 'preserve and restore African values, dignity and pride through film' recently had its YouTube channel flagged by Google for its video footage of bare-breasted women in a traditional Swazi and Zulu event known as the the Reed Dance Ceremony.

But the company,TV Yabantudid not take the censorship without a fight.

Last week, Lazi Dlamini, the head of TV Yabantu, began organizing protests. He reached out to more than 200 cultural groups in Swaziland to join forces in a campaign to protest what he deemed to be an attack on his culture.

Three days ago, TV Yabantu released the first of a three part series called "Google Racist Exposed."The videos, all of which have been released, begin with a message to viewers. In bold red letters printed on a black screen, the message begins, "We have not been posting our videos because we are under attack by Google." The message goes on to ask viewers to help them "fight racism and abuse against African women by Google, Facebook, and Instagram." It then accuses the companies of upholding "apartheid racist policies" against African women.

At least a dozen women showed up bare-breasted on a rainy afternoon in Durban carrying protest signs for the first demonstration last Saturday. "Facebook stop deleting our pictures," one sign said, shedding light on the fact that Google isn't the only offender.

The inappropriate flags may have affected up to 50 videos, stated Dlamini.

But the protests proved effective. Google, which owns YouTube, has removed the flags.

"It was not [Google's] policy to restrict nudity in such instances where it is culturally or traditionally appropriate," a representative from Google told South Africa's The Mail and Guardian.

Dlamini organized the protests only after he contacted Google defending the content's cultural significance, and the company maintained that the videos were in violation of the platform's standards.

See parts two and three below: