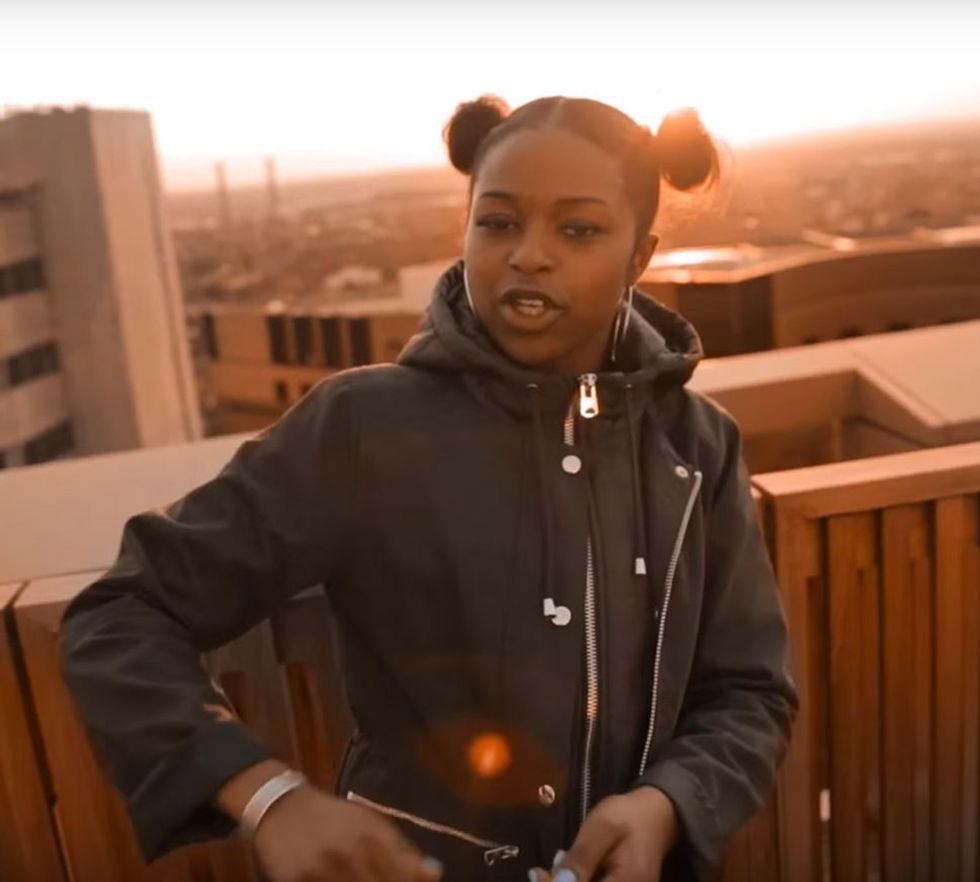 Nadia Rose is a 23-year-old, wicked cool rapper from West Croydon, London. The UK-based rapper is of Ghanaian descent and is the next rising rap star coming out of a British brigade of mostly male rappers. As the daughter of a DJ, she began writing bars at age 13 and her favorite hobby, reading the dictionary, has proven useful to creating the visionary's witty, punchline filled singles.

On January 13, 2017, Rose released her EP Highly Flammable following the successful release of her singles “Station,” “BOOM!” and “SKWOD.” The video for “SKWOD” has over 2.9 million views in its 7 months on YouTube.

She was born into the British rap royal family; her cousin, Stormzy, is a major player in the Grime scene. Additionally, she is receiving high praise from American R&B Superstar, Alicia Keys. In her videos, Rose drops swaggy rhymes to match her fashionable look. This combination has garnered her sponsorships from Adidas, G-Star, Beats by DRE and DKNY. Her sponsorships and sick bars have led to a string of sold out shows with the likes of Anderson.Paak and Section Boyz. Rose is now signed to Relentless Records, a subsidiary of SONY Music Group so it's safe to say you will see her again.