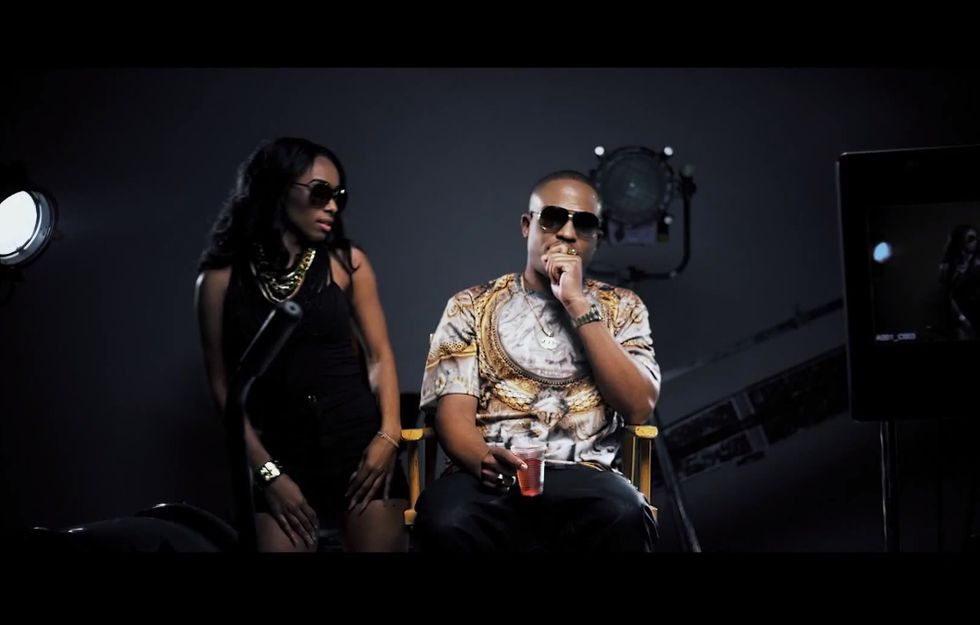 Apparently daddy duties and role as man-of-the-house haven’t stifled the self-acclaimed "only MC with an m.scs" stride as Naeto C serves up the visuals to his absolute inferno of a single “Finish Work” (released under his White Kaftan Gang imprint). As club burners go it's no doubt a scorcher. And, it's nice to see there wasn't too much of a time delay to get the video out since the single's September drop. But that’s where the good news stops.

Shot by rote and feeling like creativity-by-checklist rather than anything out-of-the-box, the video directed by linchpin of the Nigerian video music game Clarence Peters serves up the mandatories in typical fashion– girls shaking god-given adornments check; doper-than-thou posturing supplied by Naeto and producer E-Kelly check; only things missing are the club scene and up close product placement shots of expensive liquor.