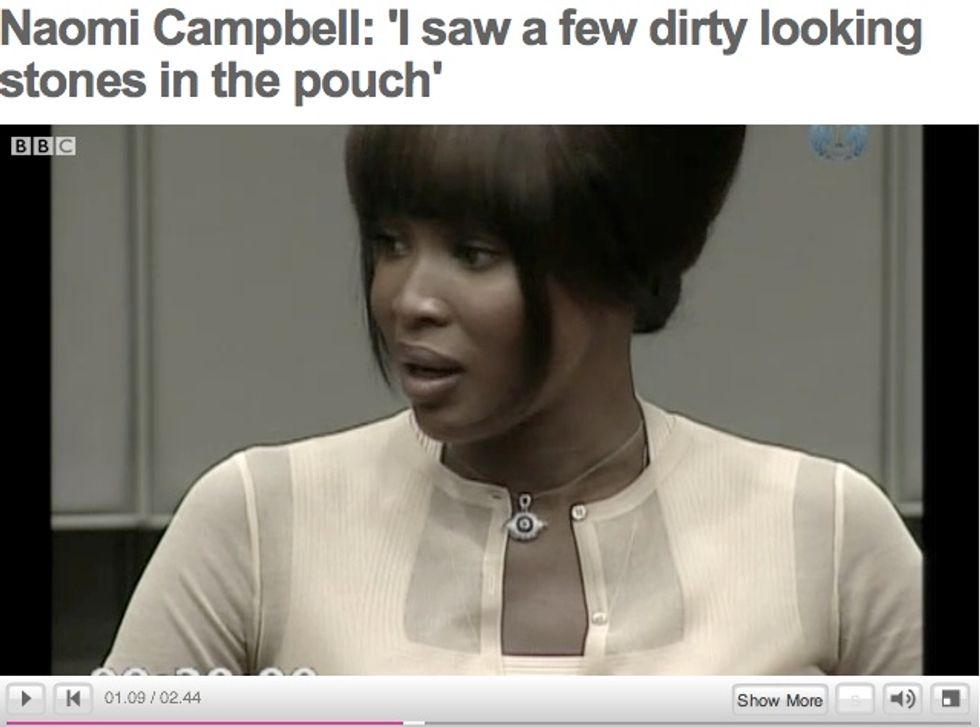 If you have not been keeping up with the latest turn in the Charles Taylor war crimes tribunal (at the UN's Hague outpost of the Special Court for Sierra Leone), let us bring you up to speed in this extremely abridged idiot's guide to the Charles Taylor War Crimes Tribunal. After the jump, watch testimony from Mia Farrow and Naomi Campbell, as they tell very different versions of the same story. (In other words, Mia to Naomi: you lie, woman!)

Charles Taylor, once president of Liberia, raped and pillaged his country, causing years of war not only in Liberia, but in neighboring Sierra Leone. All the amputations, bloated bodies, and the other war porn carnage you may have heard about  or watched on video is all, ultimately, the responsibility of this man. Much of the war was fueled by the now infamous "blood diamonds" (thanks Leonardo and Kanye!) - where enslaved Africans dug in mud pits for stones that Western women believed were manipulated into thinking held the epicenter itself of endless love. These stones were also prized by, um, musicians.

The tricky issue is proving that Charles Taylor had a direct link to blood diamonds. In this installation of the saga, Mia Farrow recounts Naomi Campbell boasting that Charles Taylor gave her a gift of blood diamonds. Naomi, meanwhile, denies it. Watch the vids here (by clicking photos. BBC does not allow Americans to embed. Not cool, BBC, not cool!!)