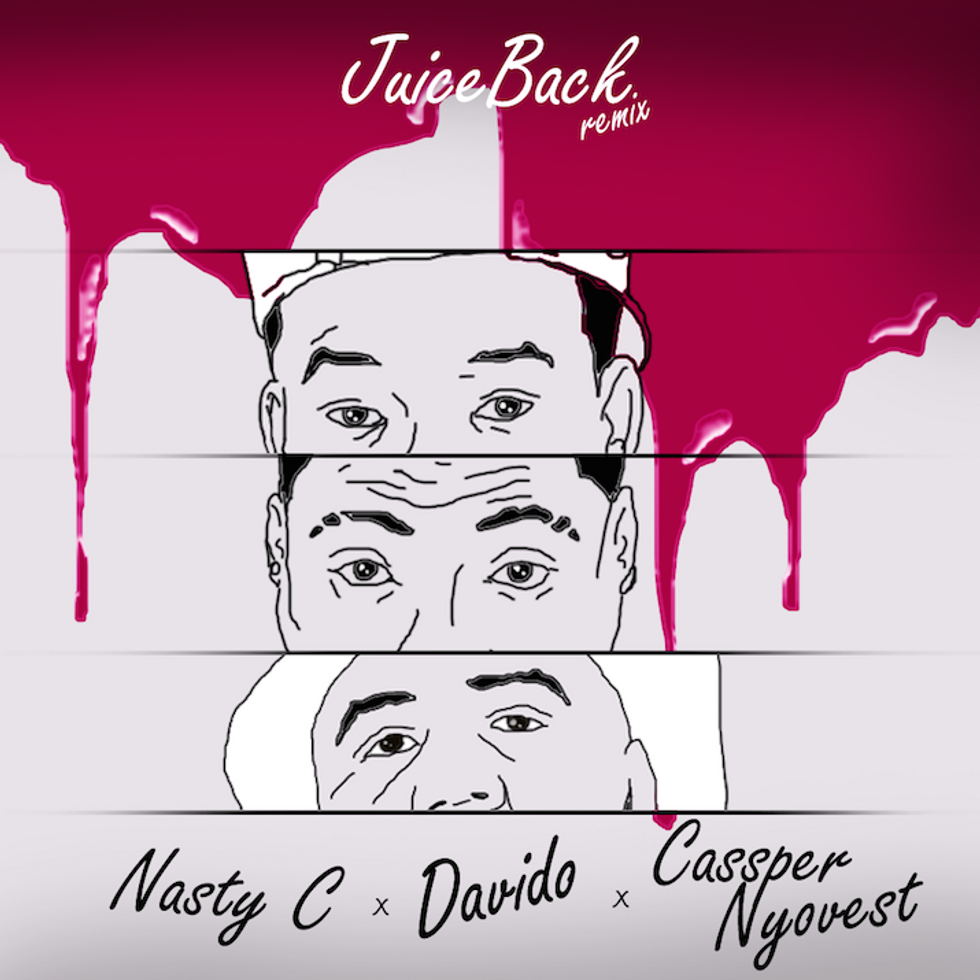 Nasty C drops a bombshell by enlisting Davido and Cassper Nyovest, two of the biggest names in African music, for his "Juice Back" remix.

Nasty Cis a young, Durban-based rapper who's been buzzing from the release of his Price City mixtape. The 18-year-old South African MC cites the likes of AKA, Reason, and Khuli Chana, as well as Drake, T.I. and Lil Wayne as influences on his rhymes.

“Juice Back," which dropped earlier this year, deals with the daily stress of trying to make it in the music industry. For the remix, Nasty C drops a bombshell by enlisting two of the biggest names in African music right now, Nigeria's Davido and fellow South African, Cassper Nyovest.

Davido lays down some of his signature smooth melodies over the thundering Gemini Major-produced beat. Cassper Nyovest takes a more hawkish approach, flipping H.O.V.A. lines to call out his haters and brag about his MTN deal. Nasty C isn't outshined by the heavyweights though. The young MC showcases his own impressive flow in a new verse at the end of the track.