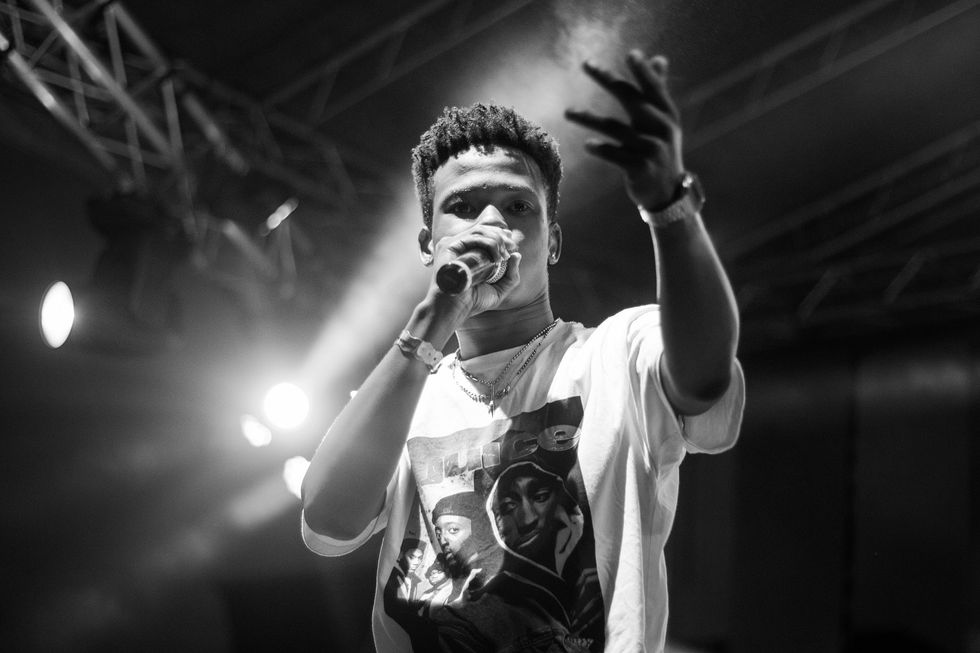 We look back at Nasty C's ten best songs to date ahead of the Durban rapper's much-anticipated debut album, 'Bad Hair'

Nasty C's debut album Bad Hair, coming 23 September, is one of the most anticipated releases of the year. The 19-year-old rapper's rise has been nothing short of amazing – he has been consistent since he was introduced to the fans through his single “Juice Back."

The Durban MC is a complete artist – he can rap spheres around your favourite, and he makes his own beats. Before Bad Hair arrives, here are ten of the rapper's best tracks, some from before he blew up. The rapper already has an impressive catalogue of features, EPs and mixtapes and has collaborated with reputable names like Tumi Molekane, Cassper Nyovest, AKA and more.

There's a heavy Eminem and Kendrick Lamar influence on this song. But Nasty's cadence never lets me down, and he laces this bass-heavy beat with the confidence and viciousness of the aforementioned muses. He switches flows and his voice does some shapeshifting so he indeed does sound like he means it when he says, “Don't you ever try to stop me" on the hook.

“Hell Naw" is easily one of the biggest songs of 2016, and it's easy to tell why. With that woozy instrumental and the Drake-esque hook, anyone could have rapped and it would still be a hit. But Nasty completed the song with impressive penmanship and his ever-solid delivery. “Hell Naw" has impressive opening lines: “I'm making music for niggas in suites and ties/ They all got money and an evil smile/ that's ending conversations with the 'I'll let my people call your people' line," and the rapper maintains the same lyrical standard throughout. When Nasty C performs “Hell Naw," the crowd usually does half the job for him, rapping along word for word.

Nasty C's breakout single “Juice Back" attracted the attention of two megastars, Cassper Nyovest and Davido, who went on to drop verses on the song's remix. The original song was dope, too, but Nasty's show-stealing verse on the remix gave the song a new life. He proved he got the juice with relentless lines like: “I feel bad for being the one to school these niggas/ When my friends are tryna get in a university/ But still I made 'em fall like the fees did/ Feeling like I'm talking to my daughters and nieces."

One of the most talked-about songs of 2015, “Way It Go" was an unexpected collabo curated by DJ Switch. Nasty C produced the track and laced it with a memorable one-liner hook. He spat a tight verse alongside two other well-constructed 16s by two lyricists of note, Youngsta and Tumi.

A few months ago, Nasty C teamed up with fellow Durbanite, Shekhinah, the vocalist of “Back To The Beach" fame, for a melancholic love song. Titled “Question (?)", the song is done over the same instrumental as Durban rapper Aewon Wolf's “They" single. On the song, Nasty C is talking to a lover with whom he's separated from by distance. If, for some reason, you don't like the beat or Nasty C's verse, then you'll definitely be hooked to “Question (?)" for Shekhinah's ethereal vocals. One sad thing about this song, though, is that it's short – just one verse is not enough.

On “Switched Up," Nasty C sticks to a recurring rhyme pattern, and doesn't force any words. He just makes it look easy. “Switched Up" is a song where the rapper is looking back at how far he's come, and assures his day-ones that he's still the same person through the success. The beat is reminiscent of Drake's “Started From The Bottom," but then again no one trap song is completely unique.

The beat to “Bamm Bamm" is stripped down to pretty much a bassline and drums. Nasty fills the emptiness with cold lines replete with personality. “Bamm Bamm" is a club song that also has lyrical content for heads to feast on: “My niggas split the Dibas equal/ And when it's time to stunt I'm Nasty Knievel/ I'm watching the tele-v, like 'Tell'em, C'/ You got a deal for me? Well let me see/ Putting Xs on top of Xs/ Man you must've lost it like a set of keys."

In 2013, Nasty C's voice hadn't even broken yet. He was 16, but he was already spitting venom. “I'm ready to do whatever it takes to be a G/ Even though I'm not required much being me/ The people that believed in me or Nasty C just had to see what I see inside of me/ it's a curse that can't be defeated." The flow was intact, too, and he was already rapping in those long spontaneous lines that are all over his work. On “He Said," a track off his 2014 EP C L.A.M.E., the Durban rapper spat heartfelt lyrics about his relationship with rap, over a fitting moody instrumental. He showed potential, it was only a matter of time before the whole country took note.

Nasty C and Buffalo Souljah collaborated on “Belong" as part of Coke Studio Africa. Dancehall and hip-hop collaborations always work. And this song is no exception. Zimbabwe's Buffalo Souljah has been doing a lot of collabos with hip-hop artists such as AKA, Red Button, Emmy Gee, and it's always fire. “Belong" is a key-heavy trap banger courtesy of the producer Gemini Major. The song is laced with a solid hook, while Nasty C does what he does best. Can't help but think of Drake's “Controlla" when I listen to this song, though.

“IV" wasn't a single. But it was a standout song on Nasty C's breakout mixtape Price City. The song is a celebration of the rapper's late mother IV's life. The deluxe version of the tape was released on her birthday, highlighting the song as a pillar to the project. On it, Nasty imagines a conversation with her mother, in which she expresses her happiness about her son's progress, and in return, he promises “I'll forever do this in your name". “IV" is an emotive song that sees the rapper wearing his heart on his sleeve, and is one of his most solid efforts to date.