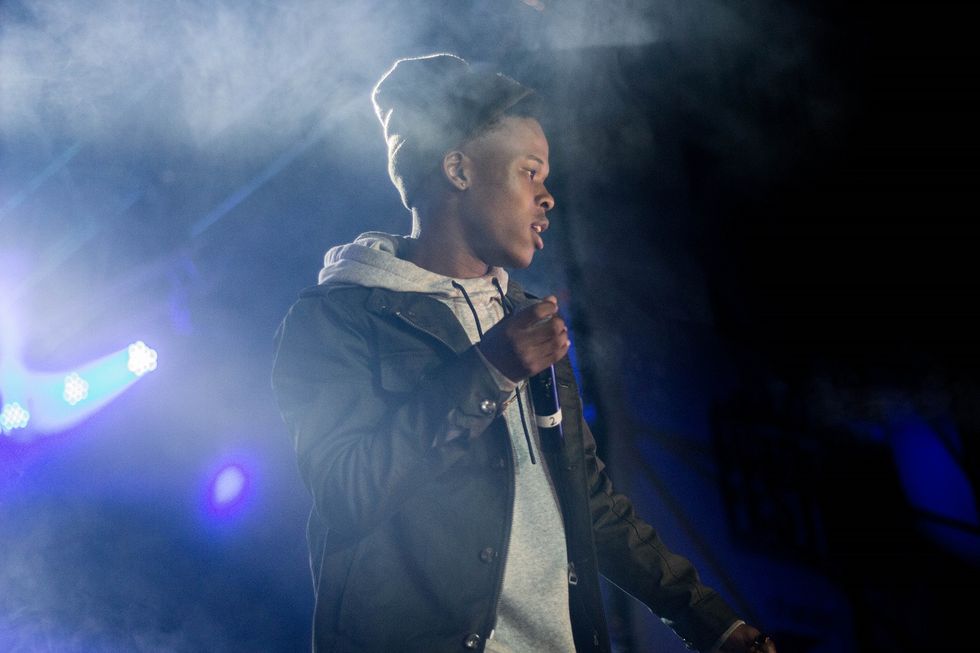 Nasty C was interviewed on Sway In The Morning last week. We found these 8 points from his interview interesting.

NEW YORK–One of South Africa’s top hip-hop artists, Nasty C, is currently in the US.

He was nominated for a BET Award for Best International Act: Africa, and he’s also shooting a video for “Allow,” his collaboration with French Montana.

He stopped by Sway In The Morning for an interview and a show-stealing freestyle that most South African hip-hop heads feel is better than AKA, Cassper Nyovest and Kwesta's previous freestyles on the show.

Below are some points we found interesting from Nasty C’s interview with Sway interview.

He’s managed by his brother

After experiencing a lot of backstabbing with a crew the rapper came up with, he decided to stick with people he knew he could trust. During his trip to the States, he was with his brother, who also happens to be his manager.

He wasn’t even going to use “Allow”

He made the beat and hook to “Allow,” his collaborative song with French Montana, a few months ago. “I didn’t think I was even gonna use it,” he told Sway. “I recorded a video where I was dancing to the clip and posted it on Instagram, and it kinda went viral, and Reggie, the label manager, was like, ‘I like this song. Is that done? Is it complete? Where can we get it? Can we still put it out? From then on, the label sent the song to French Montana, who liked it.

His biggest influences are Lil Wayne and T.I.

As much as the Durban-born rapper grew up around kwaito, the then-popular genre wasn’t really his thing. He grew up listening to a lot of T.I. and Lil Wayne, particularly the former’s King album. So his first raps were mostly about the stuff that the two Dirty South emcees used to rap about.

His mother died in a taxi violence incident

The 20-year-old rapper’s mother passed away when he was only 11 months old. “She was on her way to Durban to see me and my other sisters from her side,” Nasty told Sway. “Unfortunately the taxis had a rivalry of some sort, and she just happened to be in the wrong taxi at the wrong time. She caught one of the bullets.”

Nasty C has rapped a lot about his mother. On his breakout mixtape Price City, he had a song called “IV (Four),” and his latest single “UOK,” is a dedication to his mother.

He was an average student

As much as he is one of the sharpest on the mic in the country, he wasn’t necessarily as sharp in school. “I was average,” he told Sway after being asked what type of student he was.

He has never experienced racism ever in his life

“I don’t wanna speak for everyone else. I’ve never experienced any sort of racism ever in my life. [Nobody has ever] deprived me of an opportunity because of my skin color.”

Has never worked a regular job

Just like most parents, Nasty’s father wasn’t impressed with his son’s chosen career path at first. Well, not until Nasty C started making money off it. “He started seeing money, and was like, ‘Okay this is working,’” says the rapper.