Nelson Mandela: A Life In Music 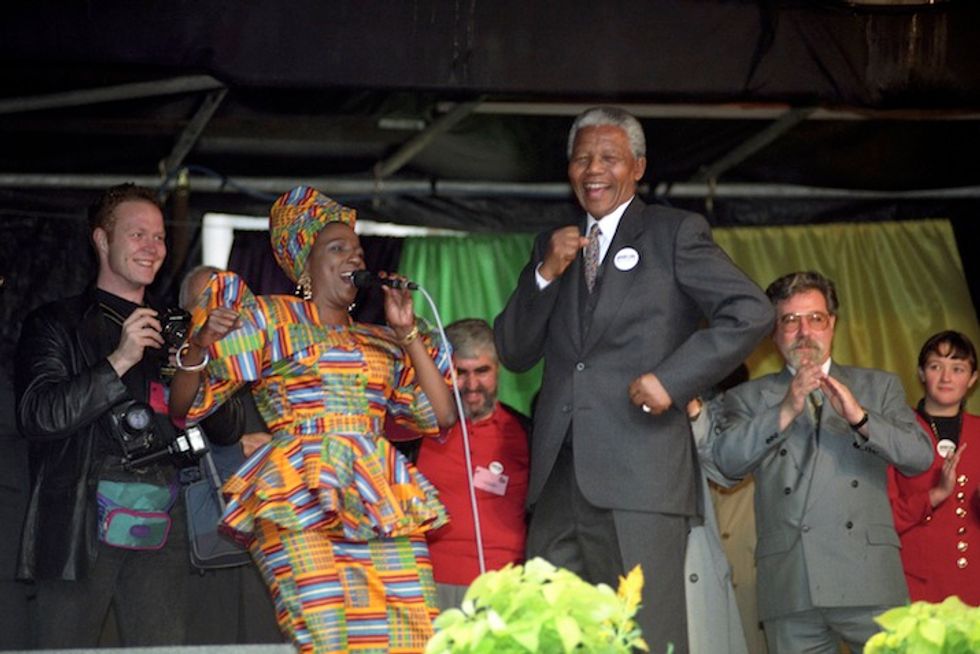 Nelson Mandela inspired countless musical tributes. This playlist includes tracks by some of Mandela's favourite artists; songs composed with Mandela in mind as a freedom fighter and as a President; struggle songs; and a few that for us, capture the global  fight against injustice. The range of artists represented — from Abdullah Ibrahim to Peter Tosh to Miriam Makeba to Tchaikovsky – is a testament to Mandela's importance as a radical politician and to the solidarity the struggle inspired in people across the world.

When Miriam Makeba died in 2008 Nelson Mandela paid the singer and activist a poignant tribute calling her "the mother of our struggle" and "South Africa's First Lady of song." Performing here in Sweden in 1966, Makeba's "Khawuleza" title translates as "come quickly" — a reminder of the call children made to their mothers as police arrived to terrorize the townships.

In March 1984, Mandela wrote on his desk calendar in which he kept notes from inside his Robben Island cell: "Madiba records sell well. Record calling for the release of NM has made big impression on pop charts after only one week. 'Free NM' by the Specials - a multi-racial group - is no.4 on Capitol Radio charts & no. 65 on the national charts". Madiba was right, the song written by Jeffrey Dammers, who became aware of Mandela during a 1983 anti-apartheid concert, continued to do well on charts internationally.

When Zeni Mandela wrote lyrics from an Elvis song on the back of a letter she sent her father in prison, he replied with a list of musicians he thought she should be listening to. Among them was Lesotho-born folk composer J.P. Mohapeloa.