Audio: Neo Muyanga 'DIPALO: A Mixtape For Those Who Practice Counting' 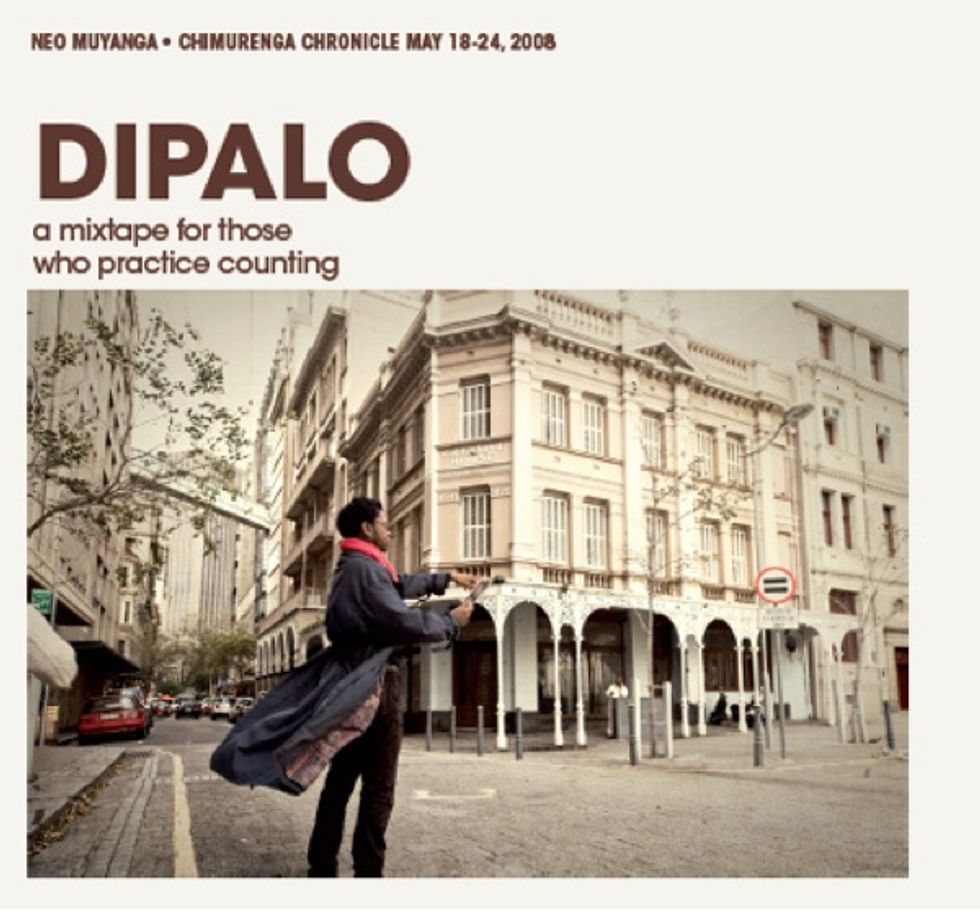 Soweto-born avant-garde composer and performer Neo Muyanga 'DIPALO: A Mixtape For Those Who Practice Counting' is a mythic operetta.

Co-founder of the legendary Pan African Space Station with publisher Ntone Edjabe, Soweto-born avant-garde composer and performer Neo Muyanga studied the Italian madrigal tradition with choral maestro Piero Poclen at the United World College in Trieste, Italy from '91 to '93. In the mid-nineties, he built a following on both sides of the Atlantic as part of the acoustic pop duo Blk Sonshine, a musical partnership with Masauko Chipembere.

Constantly challenging boundaries, his most recent work The Flower of Shembe is a mythic operetta “based loosely on the lives of past messiahs and drawing on Mithra, the Persian deity, Jesus of Nazareth and Saint Yared in Ethiopia.” DIPALO: a mixtape for those who practice counting, composed, arranged and performed by Muyanga, was released as an audio supplement to issue 16 of Chimurenga magazine. It’s  complex and yet so endearingly beautiful.

>>>Stream: 'DIPALO: A Mixtape For Those Who Practice Counting'