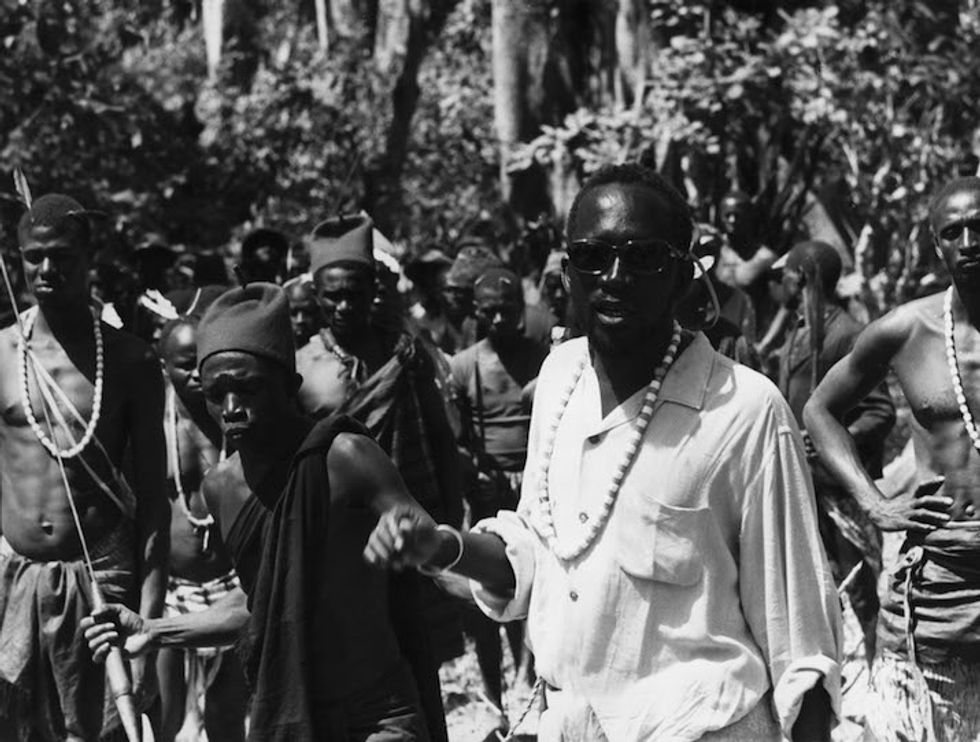 The New African Film Festival returns to Silver Spring, Maryland for its 12th edition this month.

At first glance the lineup for the New African Film Festival in Silver Spring, Maryland is crazy overwhelming. Fortunately, the films are all screening in one location and they’re spread out over the course of a full week.

This year’s festival offers the opportunity to see seven out of ten of our top films of 2015–Lamb, Necktie Youth, Sembene!, Things Of The Aimless Wanderer, Crumbs, Akounak Tedalat Taha Tazoughai (the Tuareg Purple Rain remake) and the Okayafrica executive produced They Will Have To Kill Us First: Malian Music In Exile. So if you saw our movie roundup at the end of last year and you were wondering how to watch our film picks–and you’re in the DMV next week–the festival’s got you covered.

You’ll also have the rare opportunity to see Biyi Bandele’s entertaining Nigerian drama, Fifty, on the big screen. The movie, which debuted earlier this year on Netflix, tells the scandalous, intertwining stories of a circle of powerful women in Lagos.

And while almost every one of the festival’s titles are from 2015 (a few, like the Sudanese music doc Beats Of The Antonov, are from 2014) you’ll also have the chance to see one of the most important titles in African cinema, Ousmane Sembène's 1966 masterpiece, Black Girl.

BEATS OF THE ANTONOV – Sudan

EYE OF THE STORM – Burkina Faso

THINGS OF THE AIMLESS WANDERER – Rwanda

THEY WILL HAVE TO KILL US FIRST – Mali

RAIN THE COLOR BLUE WITH A LITTLE RED IN IT – Niger

THE CURSED ONES – Ghana

Head to the AFI Silver website for additional information on tickets and screenings.