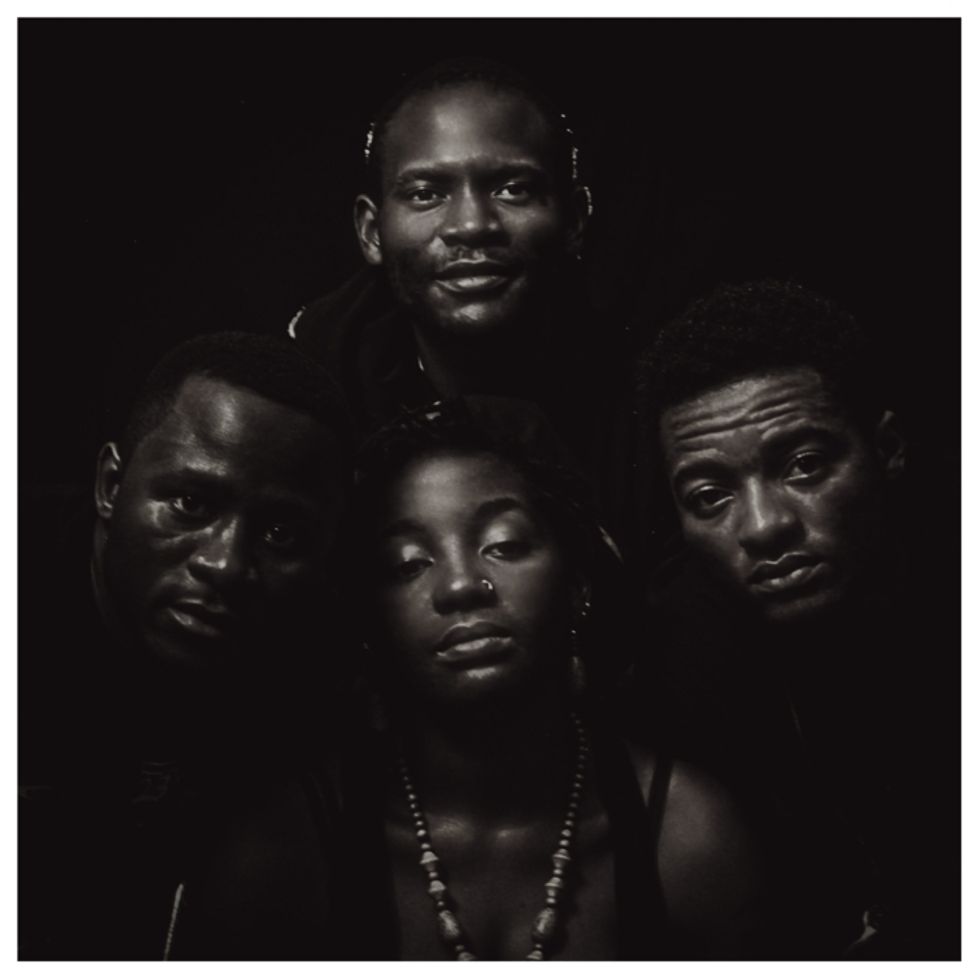 The artists signed under Cameroonian hip-hop label New Bell Music have never been afraid to experiment. On their latest group effort, the 5-track compilation EP Lord Have Mercy, New Bell’s most recent crop of artists— Tilla, Pascal, and Shey— are joined by more seasoned names like labelhead Jovi and Reniss in a savvy blend of trap, reggae, dancehall, afro-pop and electro. An early forerunner off the project was Tilla's "Pantana,” which plays comfortably with genres such as dancehall in the backdrop of a highlife guitar riff on the chorus as Reniss’ voice soars and Shey pops in with a reggae hook.

“Charger,” the second track on the EP, is a continuation of Jovi’s experimental trap-phase that started with “Et P8 Koi.” Jovi’s Pidgin-English rap is both serious and frivolous, and it's accompanied by a trap beat laced with an eerie bell toll. Jovi’s rap goes from repetitive, onomatopoeic, lyrical to sing-song in a way which highlights his artistic maturity as he experiments with genres and styles.

Pascal’s flow, accompanied by Shey on the chorus of the third track “Horsepower,” introduces these two artists to the world on a song that tackles social issues. The track's lyrical nature serves as a testament to the potential of both artists, as they switch comfortably between Pidgin-English and French.

Perhaps the most memorable song on the Lord Have Mercy EP is its title track. On it, Tilla's flow is laid back and lyrical with a touch of confidence, a testimony to her rapid evolution as an artist. Meanwhile, Reniss’ verse, which comes on a reggae beat laced with another memorable guitar riff, soars with such flow that her previous afro-pop performances are like a footnote. The song itself highlights New Bell's Pidgin-English catchphrase: “Any time we shoot we no di miss, Lord have mercy on the hater.”

The EP ends on a rather aggressive note, as the artists on the “Et P8 Koi Remix” indulge in a multilingual deluge of ego tripping, which at times sacrifices style in favor of content. It's important though to look at the track as a “concept song,” a continuation of the original with the addition of New Bell's Tilla and Pascal, alongside Teddy Doherty, Zayox, Mic Monsta, Inna Money, and Dareal.

Dzekashu MacViban is a freelance writer and journalist whose work has featured in IDG Connect and goethe.de/kamerun among other places. He can be found on Twitter @Dmacviban.