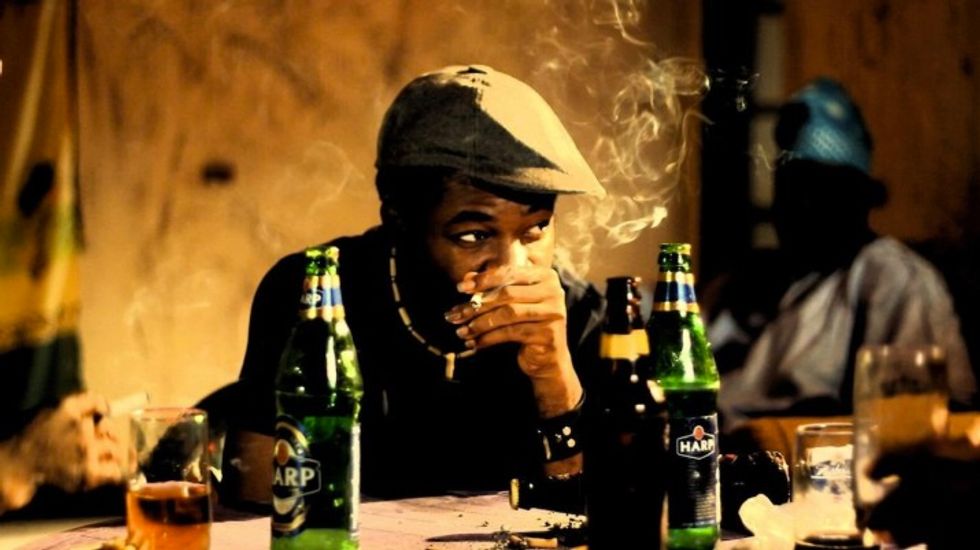 The New York African Film Festival announces their summer 2014 lineup for their free and outdoor Cinema Under The Stars series.

After pulling off a stellar monthlong film festival earlier this year, the curators behind the New York African Film Festival have announced the lineup of their free outdoor movie and live music series Cinema Under The Stars. Now in its fifteenth year, NYAFF's summer offshoot kicks off tonight with a screening of Kenneth Gyang's Confusion Na Wa (2013) and a musical performance by Francis Akrofi and The Dynamic Rhythms Band at the Mt. Morris Park Ampitheather in Harlem. Then on Friday the series hops to the Bronx for an Afro-Cuban themed evening with music from The Miguelo Valdés Project and DJ Asho and a screening of They Are We (2014), a documentary that explores the roots of the Gangá-Longobá ethnic group of Central Cuba all the way back to their ancestral homeland in Sierra Leone. The first month of programming rounds off in Manhattan with a showing of Taking Root: The Vision of Wangari Maathai (2008), the Wangari Maathai documentary tracing the legacy of the late Kenyan Nobel Laureate's social and environmental activism.

For the second phase the series travels through Brooklyn, Queens and the Bronx for performances by The Cimarron Project and The Buyu Ambroise Quintet and a run of kid-friendly screenings that include MoCADA's five day KIDflix Film Festival, Roberta Durrant's South African coming of age drama Felix, Tunisian director Kaouther Ben Hania's quirky family comedy short Wooden Hands, and Ian Padron's HabanaStation (2011) which puts a Cuban spin on the classic Prince and the Pauper story. The summer then culminates in a Family Day Celebration on Governor's Island featuring African short film screenings, community storytelling, and free dance classes from Brazilian, Guinean and Senegalese choreographers. Cinema Under The Stars runs from July 7th to September 7th.