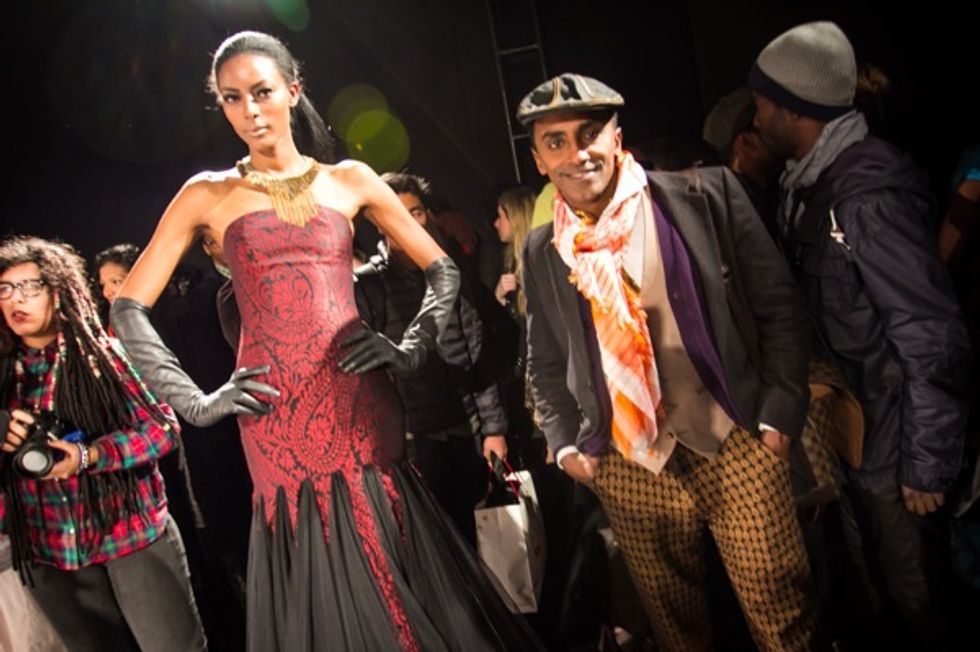 This piece is about the presentqtion of fashion designer David Tlale during New York Fashion Week at Lincoln Center February 2013.

All pictures by Paul Gor.

South African designer David Tlale utilizes the elements of surprise and expertise as a way to make you travel though his creations & innovations, which have managed to captivate the attention of the fashion industry. Tlale is an acclaimed fashion designer whose work has been published in many magazines and featured prominently in the media.

Using the same configuration as last September, the layout of David Tlale's exhibition was static, reflecting Tlale's detailed work in an intimate atmosphere at Lincoln Center during New York Fashion Week. Using static models was key to ensure a real appreciation of his new collection.; it served as a way to see the entire collection in the same room and have the option to slowly absorb the details of each piece and garment, as well as have a close look through the beautiful attire.

Tlale's attention to detail and material reveals that nothing has been left to chance. Every detail of any garment communicated the spirit of the model wearing it. Over the past decade, Tlale continues to dazzle the industry and has provided substantial input in the development of global attention about designers from Africa. This Fall collection called Decadence was an inspiring and inclusive celebration of his last decade in fashion. Tlale explained it saying, "10 years of elegance, opulence and the magnificence... this is our tenth year anniversary, we are celebrating in decadence."