The News You Need to Know: 50 Years Since the Declaration of Biafran Independence, Kenya Launches New Railroad and More 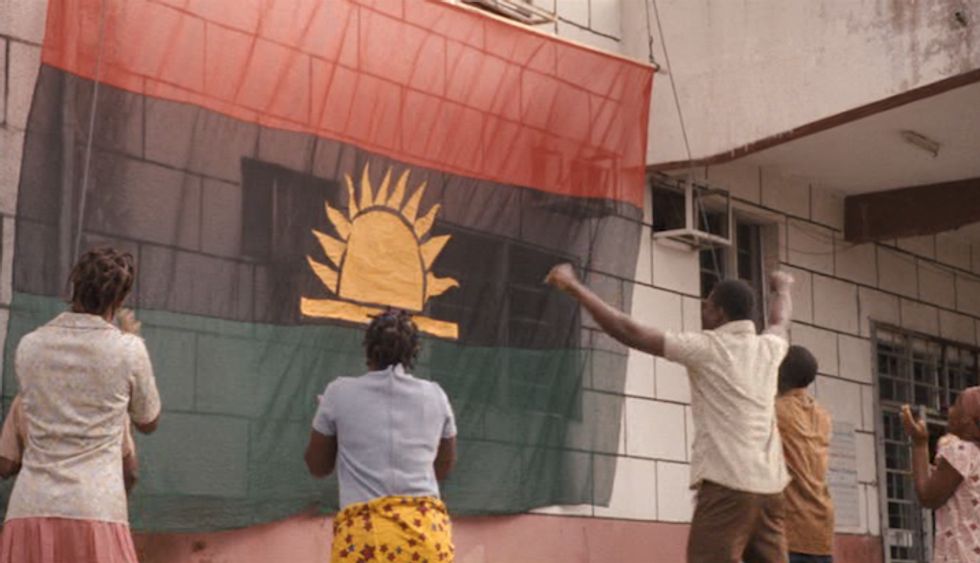 Fifty years since the Declaration of Biafran independence, Kenya's new railroad, and other stories from the continent.

'Stay-Home' to Commemorate 50 Years Since Declaration of Biafran Independence

NIGERIA—Cities across Nigeria's Southeast came to a standstill Tuesday after Biafran secessionists called for residents to stay at home in memory of the million people killed during the 1967-1970 Biafran war. It was also part of a new wave of demonstrations by primarily Igbo activists in support of a sovereign Biafran state and against Igbo marginalization in Nigeria.

SOUTH AFRICA—During his parole hearing yesterday it was revealed that Janusz Walus, who assassinated anti-apartheid hero Chris Hani in 1993, had been stripped of his South African citizenship. This means Walus, a Polish citizen, could be deported if allowed to leave prison. Hani's death was said to have brought South Africa to the brink of civil war, a conflict averted by Nelson Mandela and the ANC.

KENYA—The Chinese-built railroad cost 3.3 billion dollars to build—about 5 percent of Kenya's GDP. It is the first phase of a much larger project meant to connect Uganda, Rwanda and South Sudan to the port of Mombasa. Investors hope the project will cut down on transportation costs and open the way to economic growth in Kenya and the larger region.

NAMIBIA—"Skulls of My People," tells the story of how the Herero and Nama people of Nambia were massacred by German troops in the early 20th for "rebelling" after their land had been confiscated. Survivors were forced into concentration camps, and an estimated 100,000 people died. Afterwards, skulls of the Namibian victims were taken to Germany for experimentation.

"This film is a testimonial account of the descendants of the Herero victims and their ongoing struggle to reclaim their land, compensation and the return of their ancestors' skulls from Germany," Aljazeera reports. Watch the full documentary via their website.

Equaled Zahara's record, most SAMAs in a year by a solo artist with 6 wins & become the most awarded Rapper in SAMA history!🐐🔥#NewProfilePicpic.twitter.com/OApih0tLQy