Next Up: Khandie is the Young Nigerian-Ghanaian Singer Turning Heartbreak Into Gold 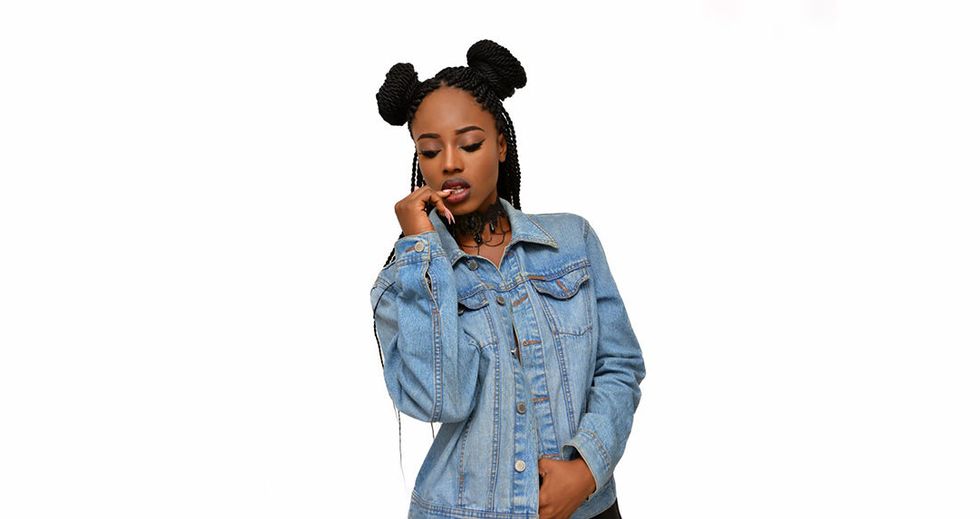 This up-and-coming singer is attempting to make her mark on popular music with personal narratives of love lost.

Khandie is a 22-year-old singer of Nigerian and Ghanaian heritage who once again confirms the old but persistent view that the best art comes from a place of significant emotional turmoil. While not a compulsory ingredient, it surely makes for impassioned singing.

“Emotions in Kumasi" is from that wellspring of material—a “love affair turned sour". This story takes place in the titular Kumasi, the “second capital of Ghana" as said in the spoken word intro by a man who declares his love for the city.

Khandie and her producer Smokey Tunes have juxtaposed this big city alertness with the vulnerability in the song and it could be read in many ways, one of which is the futility of caution when it comes to heart matters.

People still embark on love affairs knowing full well the journey could potentially be as torturous as it could be fulfilling. Perhaps the promise of happiness is too strong a draw. Perhaps the lesson is not to be learnt.

“After brooding I made up my mind to move on, I decided I was gonna boss up and turn up," she tells us. And so Khandie wrote a song about replacing self pity with self assertion thereby alchemising bitterness into bittersweet music.

She recorded it as a rough demo on a home computer and played it for her father, who is Ghanaian. He recognised that the song had “a lot of potential" and on his advice she approached Smokey Tunes who produced it.

Khandie does not mince words when talking of her love for Kumasi—it's people and food and how much fun she has when there, but the heartbreak understandably coloured this experience when it happened, “this time if felt really awkward and different not being heartbroken there, not being able to have fun or even socialise like i used to", she says.

I just needed that one song for people to be like 'okay, she has it'
I dare say this pain is palpable in the song, but rather than a lament, it is in fact a rousing testimonial.

I ask Khandie why of all the songs she's recorded she chose “emotions in Kumasi" as her introduction to the music world and she says “I felt that if I was going to come out as an R&B artist I had to stand out. Everybody is singing and people have great voices but I just needed that one song for people to be like 'okay, she has it'" and that even if her next release falls short of the brilliance of her first, she would have had a good headstart.

Khandie speaks in vague terms about what soundscapes she's exploring, “I don't want to sound too foreign and I also want to have that culture. Being Nigerian and Ghanian my music has a fusion".

For the immediate future she's going to keep recording newer materials and plans to release a video for “emotional in Kumasi" and two more singles this year before putting out an EP.

I ask if she intends to take on Mr Eazi, the most notable artist of Nigerian and Ghanaian heritage, to which she laughs and adds “I definitely see him as a brother but if it gets to the point where it becomes a competition...till then".