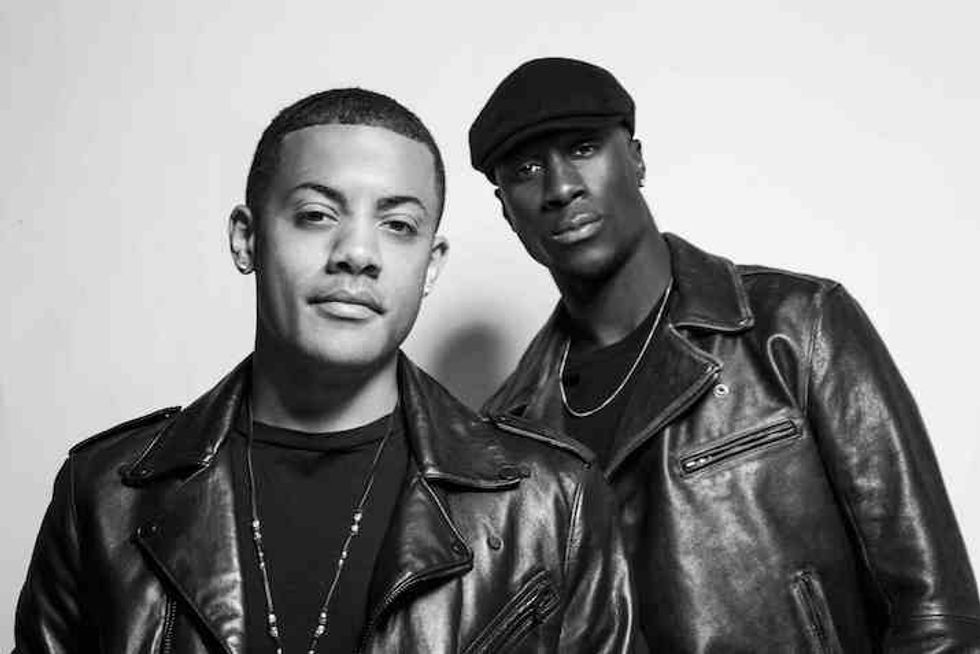 After enjoying a rapid rise to international stardom with their unexpected 2014 summer smash "Am I Wrong," Afro-Norwegian duo Nico & Vinz have made an admirable next-step with the release of the official video for "My Melody." which shines light on the triumphs and struggles of those living with AIDS. The song is the eighth track off their second studio album, Black Star Elephant, which was released on Warner Brothers in 2014.  In the video's spoken intro, Nico & Vinz share a touching and crucial statement: "People live full lives with AIDS, but it doesn't define them."

The video continues on with a series of interviews with AIDS survivors as the sobering guitar riffs and choral singing of 'My Melody' weave in and out, creating space for the monologues to relate each survivor's personal story. The song itself tells a similar tale, with lyrics reflecting on the all-too-common experiences of alienation and social stigma that many living with the virus face in their daily lives. However, the words of the survivors are critical in countering this unfortunate fact with encouraging messages of self-acceptance and self-love. "You learn to love yourself, and especially after what I've gone through I've learned to love myself and I'm [now] appreciative of everything," states one of the survivors.

Nico & Vinz' inspiring reflection on the realities of living with AIDS comes in perfect timing for this Saturday's National Black AIDS Awareness Day, which promotes education, testing and treatment of HIV/AIDS within black communities across the United States. In light of finding tremendous success in the increasingly competitive and hit-oriented industry of pop music, Nico & Vinz remain true by confidently using their art to deliver powerful messages — whether it be through challenging stereotypes and embracing their African roots or through moments like this, where they give voice to the countless many currently living with AIDS worldwide. Watch the stirring and uplifting new video for "My Melody" below.