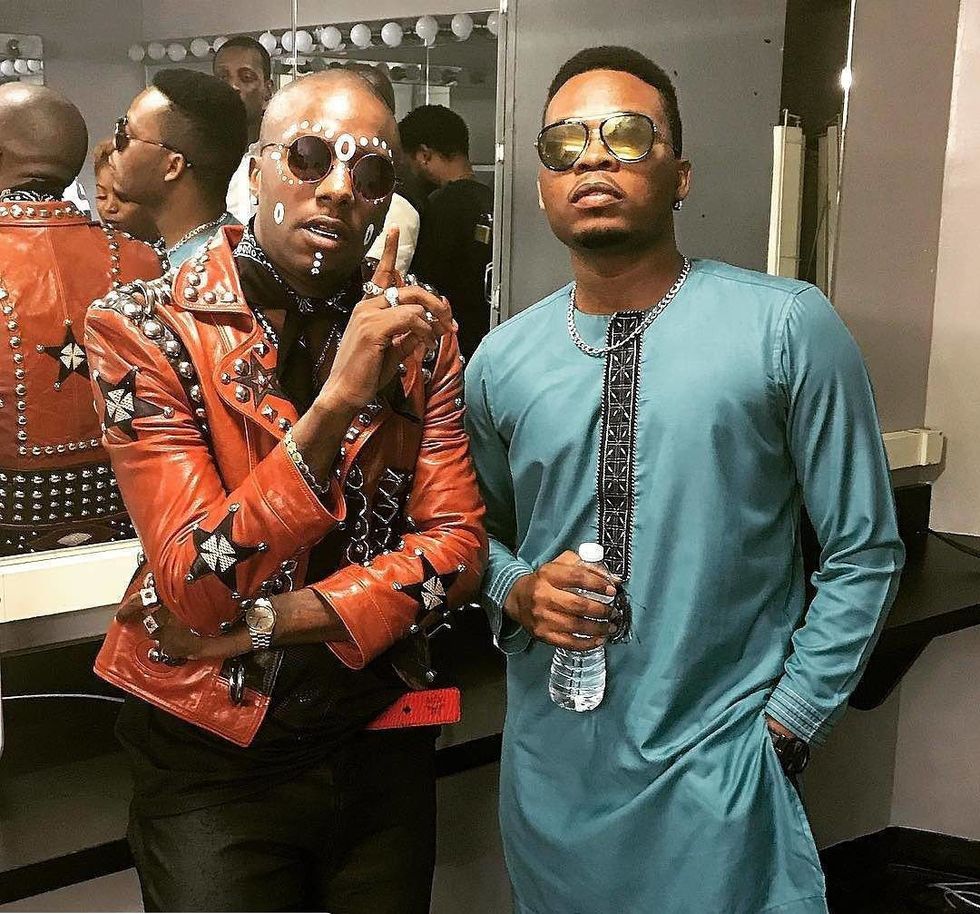 Young Paris and Olamide at the NEAs.

Check out the full list of winners and highlights from the 2017 NEAs.

The 12th edition of the Nigeria Entertainment Awards went down over the weekend in New York City.

Singer Emma Nyra was the host of the awards event which was held at the Symphony Space Peter Sharp Theater.

Olamide and Davido were the big winners this year at the NEAs, as they both took home multiple awards each.

Olamide won Best Album for Glory and Best Rap Act, while Davido won Best Afropop Male Artist of the Year and Hottest Single of the Year for "If". Olamide also offered another highlight of the night as he performed to close out the show.

The NEAs were attended by many notable names including Seyi Shay, Young Paris, Dremo, Sheyman, ID Cabasa, DJ Enimoney, Danagog, Dotman, D12, and many others.

Check out the full list of winners and some highlights from the night below.

Album of the Year: Glory (Olamide)

Hottest Single of the Year: If (Davido)

Rap Act of the Year: Olamide

Indigenous Artist of the Year: Phyno

Diaspora Artist of the Year: Jidenna

Inspirational Artist of the Year: Sinach

Most Promising Act to Watch: Deshinor

Music Producer of the Year: Krisbeatz